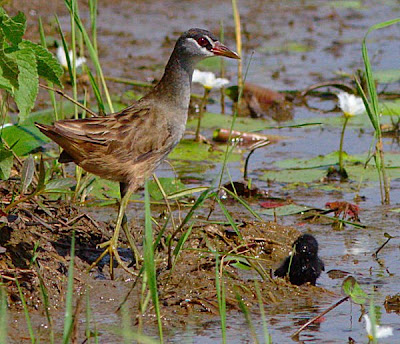 White-browed Crake (Porzana cinerea) chick took an unusual turn at Tyto today. It took to the water instead of getting under vegetation's cover.
In turn, the parents set about creating diversions to draw me away. One took to the water and hopped about on lotus leaves. The other trailed an 'injured' wing into the long grasses.
Squeaky noises nearby suggested two or three other little black chicks in hiding. Probably getting ready to scold the bold - or unwise - one.
Its behaviour was so untypical I assumed on first seeing it puddling about it had been caught in mud or had snagged a foot. Only when I drew closer did the chick head for cover. 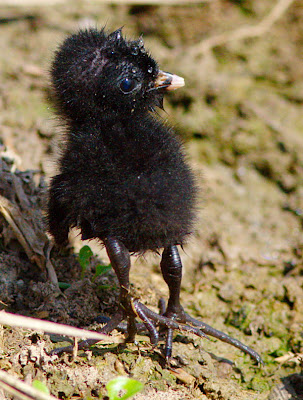 Then it changed its mind and took to the water. Another change of mind - possibly in response to calls from the vegetation - and it finally did the 'natural' thing and got out of sight. Black isn't such a protective colour in blazing sunlight!
Others showing up in the sultry heat (33C+) today were a pair of Latham's Snipe (Gallinargo hardwickii). Showing up - for snipe - doesn't mean showing out. 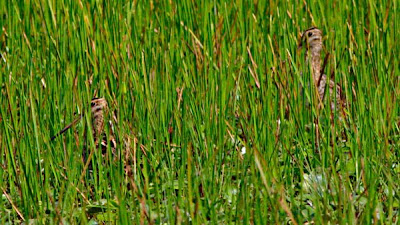 Here's the pair doing their usual trick of hiding out right in front of the birdo. But the reeds don't do a great job disguising them. They prefer more mixed cover, and quickly headed off to find some. I did manage one so-so flight picture. Still at the water's edge, all is alive - sadly, with 'toadpoles'. Seething is the word. Parts of the shore are almost equally alive with toadlets. The good news is that almost all will fail to survive. And cane toad numbers seem to have plateaued (perhaps even dropped) in recent years.
- December 06, 2008

Hi Tony
Fascinating to see the Crake(let).
It has very strong legs for such a silly young thing.
Nice photo of the adult, looking concerned, as well it might be.
Any photo of a Snipe in the air is a an achievement. I know how fast they fly!
Cheers
Denis

Massive legs, aren't they? Oddly, when chicks are on the move the enormous bulk of the legs is not apparent.

Great story about the Crakes and their wandering chick. You see a great variety of birds up there - and get photos of most! Good luck or lots of patience??

Another great post and photos Tony, you really are in a hotspot.

More luck and obsessive persistence than patience. But I have gained a limited ability to 'read' birds better than when I started birding (1998).

Hotspot indeed, Duncan. Another scorching and humid one today. Not so odd that Tyto gets very few visitors at this time of year.

Mine! It's all mine!(Have to watch proprietorial tendencies). 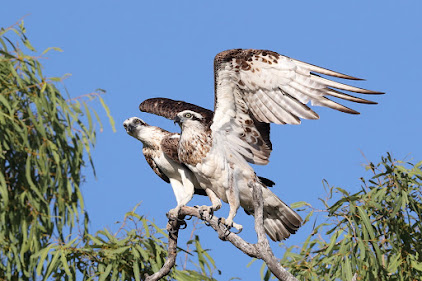