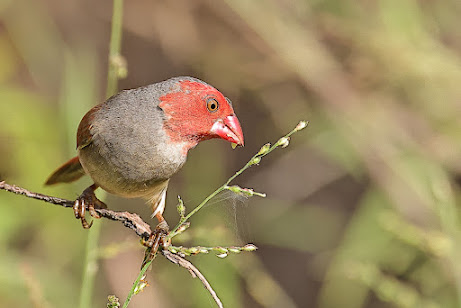 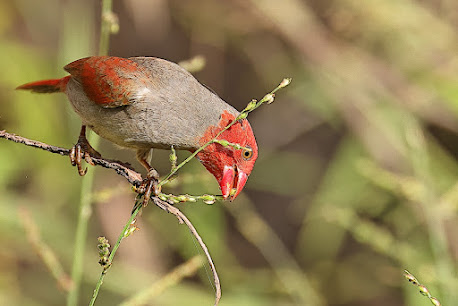 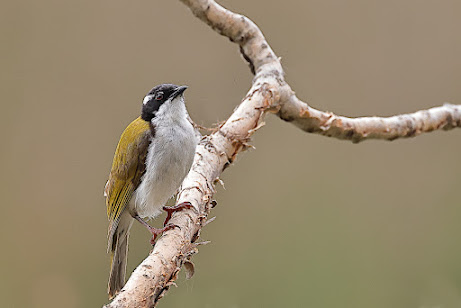 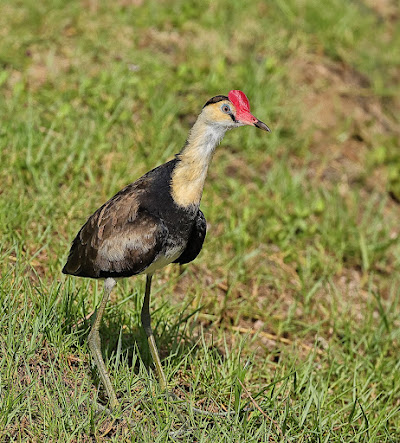 And Comb-crested Jacana pauses during brief time away from usual wet surrounds.

Luck catches up with Darter and Tilapia 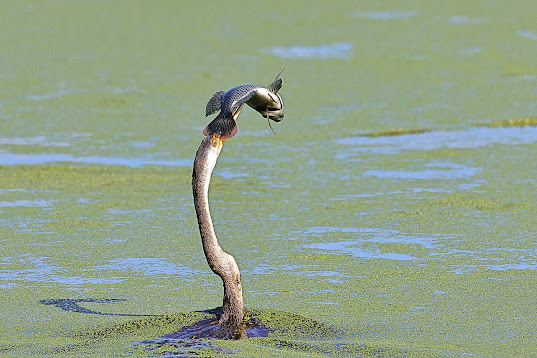 Rarely, but every now and then, a moment of magic emerges from an amalgam of luck and readiness. The readiness is all, they say. Not so. Without luck the readiness  - vital though it is - comes to nothing. Or maybe nothing much. So, Australian Darter snatches Tilapia from duckweed-coated pool on sun-filled, still morning in Townsville Town Common Conservation Park. 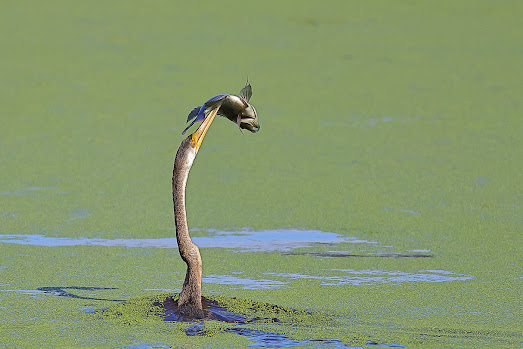 Lucky to be carrying 800mm lens and camera set for fast in-flight action. Lucky to catch bird and fish lit so happily. 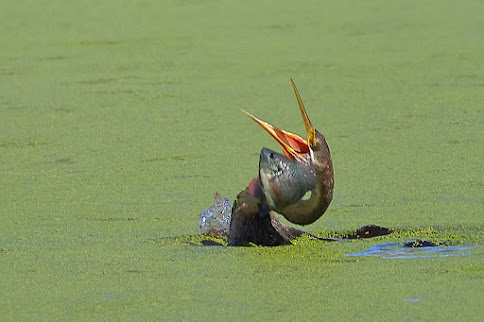 But luck is fickle. Not so lucky to have bird miss head-first catch after tossing fish in air. Suddenly action too fast for auto focus and eye-capture and blurry fish is plunging to lucky longer life. 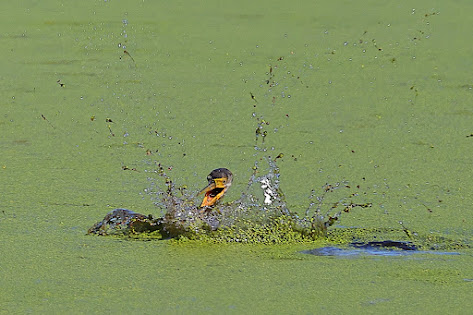 Half your luck, some might say. Probably rightly. And perhaps the Darter was even luckier and could afford a seeming smile. The Tilapia's size may have proved an unlucky swallow. On balance, lucky me, lucky fish, lucky bird maybe. 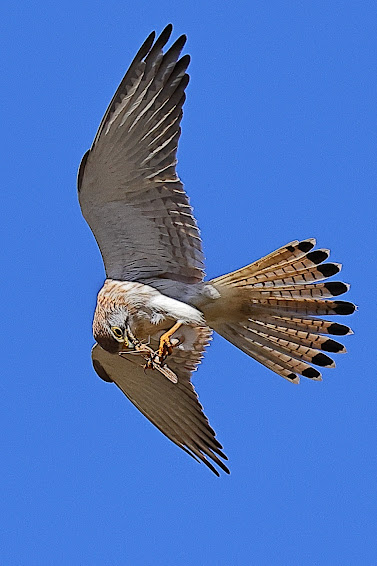 Three ways of catching some protein and wee portions of other nutrients, seen in the Townsville Town Common lately. Nankeen Kestrel flew from low perch, grabbed grasshopper or locust on the ground and carried it into the sky to feed on the wing (on not off, because insect wings are often discarded). 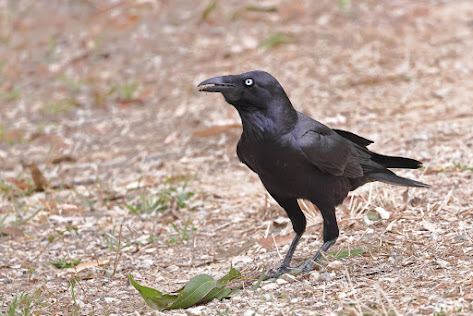 Australian Raven has torn spider nest from Corymbia tessellaris and followed or carried it down to roadside. The birds use road because spiders inside are easier to find on or hiding under road metal. I believe Torresian Crows, supplanted by the ravens in recent years, don't share the passion for such fare. 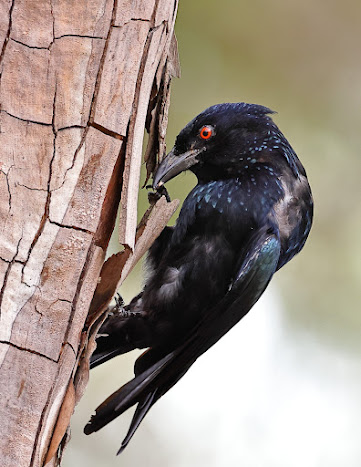 Spangled Drongo tears into gumtree bark that has split apart after last year's hot fires through the park. Lost track as it flew off but probably a caterpillar went with it and would not have lasted long. 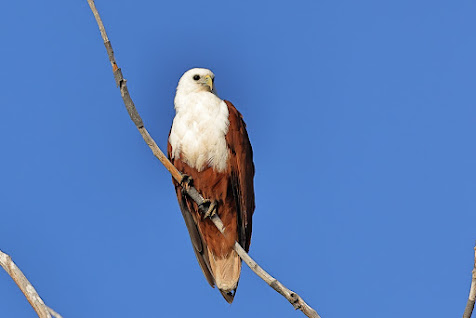 Meantime Brahminy Kite disdained any such grabbing, tearing and probing, unmoving above the Silver Gulls grabbing slivers of discarded bait as beach fisher at Pallarenda refreshed his hooks. Though the kite is much more a scavanger than, say, the Osprey.
- August 31, 2022 No comments:

Will burnoff, warning sign brown off croc in the Common

Saltwater Crocodile making itself at home on the freshwater side of the earth and gravel bund for walkers and cyclists in Townsville Town Common Conservation Park has sparked permanent warning sign 6km away just inside the entry gate.

Possibly slight overreaction for an animal estimated at a bit under two metres but there is some suspicion of a larger saltie in the same general 300-400m stretch - the deepest water on the north side of the bund. 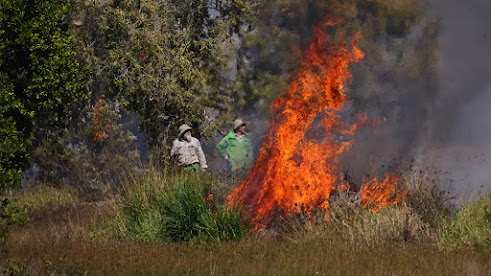 Neither was likely to have been visible from midmorning today because a pre-saltie-planned burnoff of grasses on bother sides of the bund brought crackling red flames, billowing smoke and hungry kites. No threat to the croc's favoured sunning spots, half in flooded para grass and mud on norther side of the long curving pool. Even the threat of being caught unawares has greatly reduced through the burnoff of much cover on the bund. But we'll take a sneaky look tomorrow - see if the croc's browned off.
- August 16, 2022 No comments: 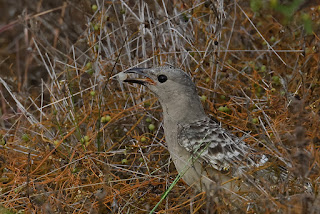 Long ago, as with many smokers, I'd wheeze, 'Breakfast's for the birds', gulp my coffee and head out to get my teeth into work. Toast and no nicotine or caffeine these days, then out and into the healthier by far world of birds. So, what are they eating these days? Above, Great Bowerbird with ripe Dodder Vine fruit. 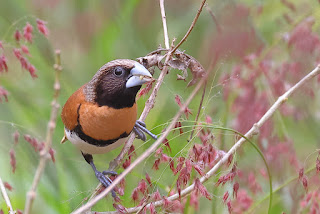 Chestnut-breasted Mannikin using woody weed to reach and fill up with tiny seeds from Natal Grass. 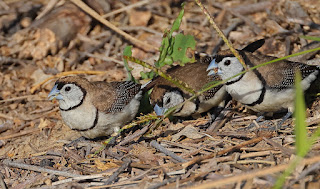 Trio of Double-barred Finches during long stint moving slowly from patch to patch of (I think) Paspalum species. 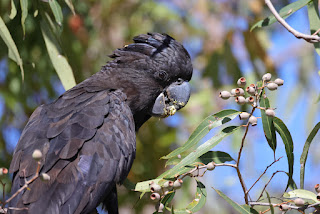 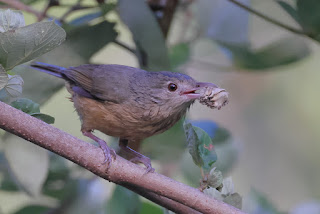 Mystery bag for Rufous Shrikethrush, an insectivore, so something smaller loses out.

There's something fishy about descriptions of Ospreys 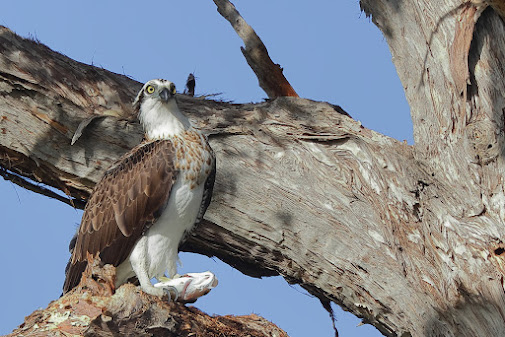 Three Eastern Ospreys with a fish each. No sharing now, after months of the male keeping female and and advanced juvenile fed in their nest close to the road barely 500m into the Town Common Conservation Park. One of the three should have  slightly brighter eyes, just a wee bit golden say. And one, the male, should have lighter, less darkly streaked and shallower breast banding or bib. The juvenile should have feathers fringed with white. Says so in the books.  But in the real world things not so clearcut. So, three with fish each, two on nest, one flying off, as will they all - likely not too far. Take your pick for the ID task I've left to you.  Or not. Just enjoy another of nature's little puzzles. 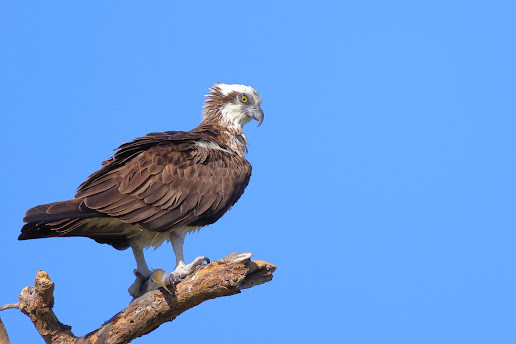 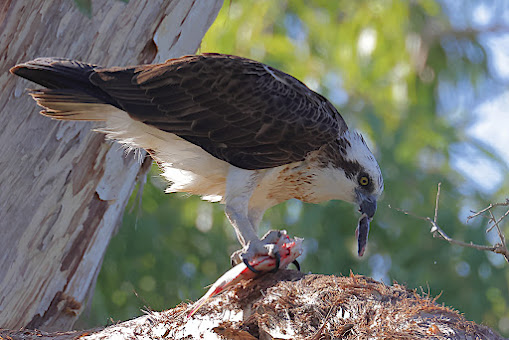 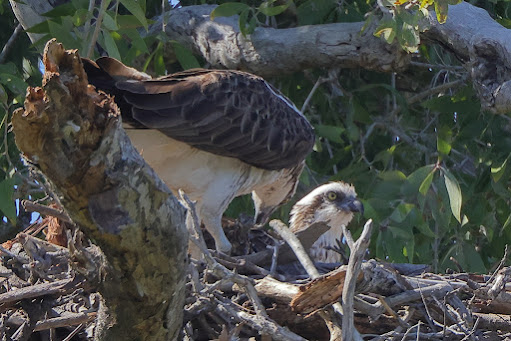 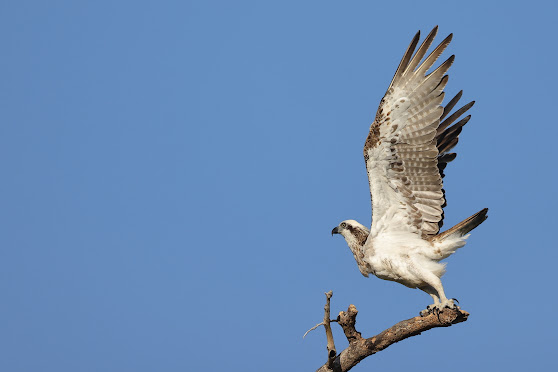 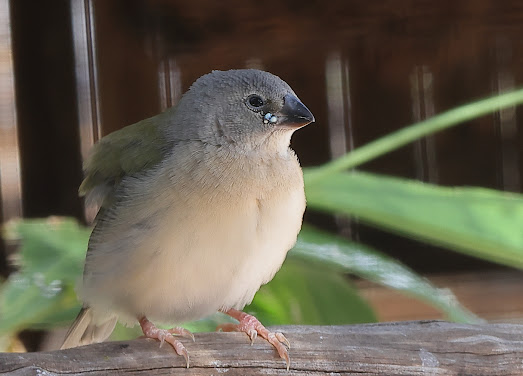 Spot anything of note on the young bird? Aha, little spots of colour. Right. So, what do the popular Australian bird guides say about the spots. Er, nothing. Nothing? Yep, nothing. You mean one of the country's most world famed bird species shows as a juvenile a major identifier and no guide notes it? 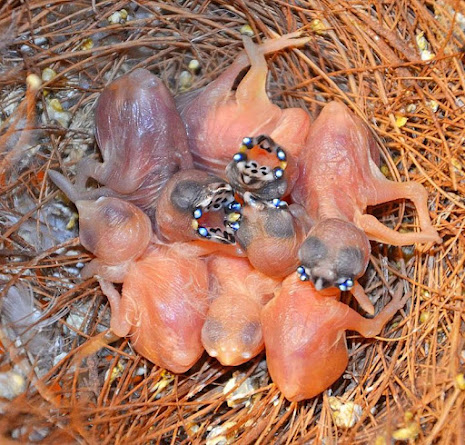 Yep. But home and commercial breeders would know all about Gouldian Finches and their colourful light-reflecting spots. Open wide and baby birds' gaping mouths become glowing targets for food delivery. Other species may use various bright targets inside the mouth. Such knowledge will aid ID out in the field: Star Finches and Gouldians are said to look alike, apart from the spots - nodules of skin that fall off. I noticed the feature only after photographing finches in the Belgian Gardens State School's aviaries. Shows how little I know. And, too, illustrators of the Australian bird guides.