Busy bedlam without boss at Bowerville 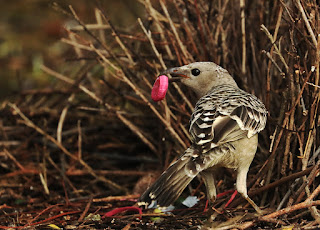 Busy, busy, busy in Bowerville lately. Seems the apprentices have been let loose on a few local structures. But the boss is missing. Jobs get started at one end of the main building. Some trainees work at one entrance. Others at the other.  One pops up atop the walls. All squabble. All go off huffily. One hops back. Two. Three. Four. Busy, busy, busy Great Bowerbirds. 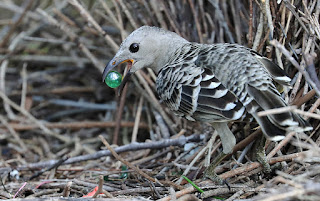 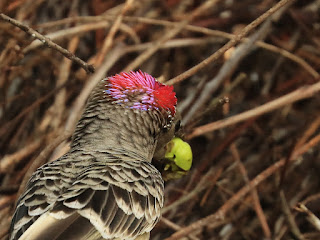 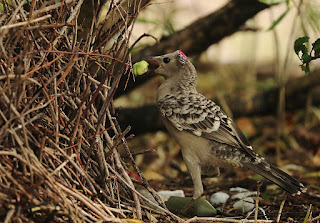 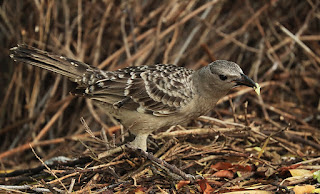 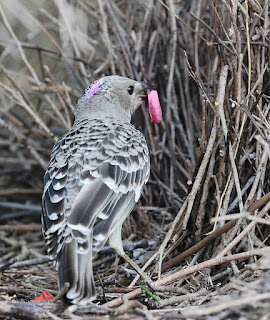 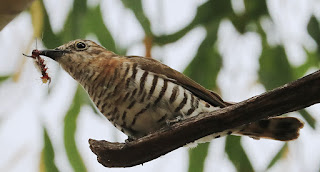 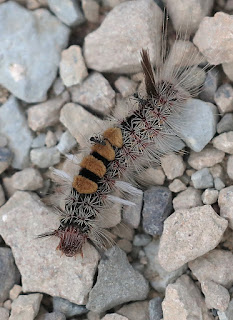 Soon after, what's on the road but another Tussock caterpillar, probably same species, but with tan coloured tussocks on its back rather than the white of the cuckoo's victim. 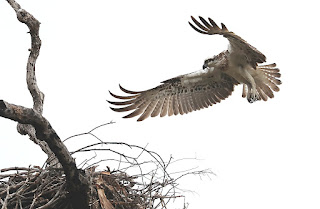 A few paces down the road, the Eastern Ospreys were seen changing places on the nest where the female mostly has been sitting for about three weeks. I think she's pictured returning to the nest later in the morning. Hard to tell, since the pair are almost identically plumaged. 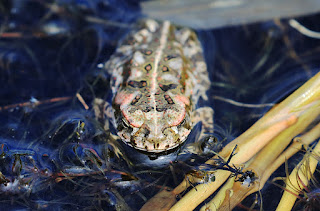 Further walking up the road brought wayward frog into view. Seemed content to be rescued from near certain death as roadkill and sat sedately in safer surroundings for photographs. Efforts to ID species brought up hundreds of pink-spotted items of kitsch online, but nothing that looked anything like above. An expert has been consulted. Juvenile Cane Toad. See my pink blushes? 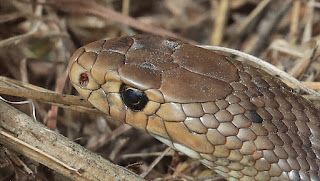 To top things off, Brown Snake - after crossing near same stretch of road - stuck around for closeups. Asking for it to make a kill for the camera was possibly pushing the morning's magic a bit too far.

Missing the target has its compensations 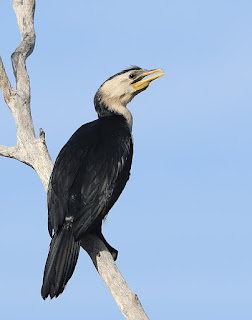 Chasing Little Kingfisher up and down Townsville's Mundy Creek, near my unit in Rowes Bay, lately  - for no more reward than glimpses of blue and white blur streaking off in the distance. But there have been some bonus sightings, such as Little Pied Cormorant, above. 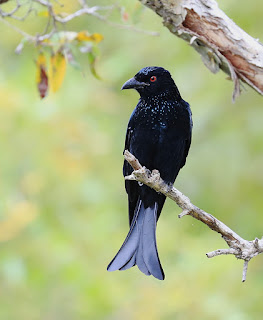 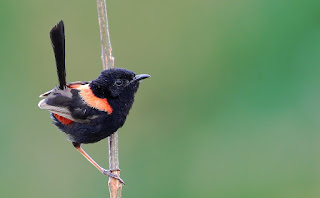 Male Red-backed Fair-wren popped up from the long grass nearby. 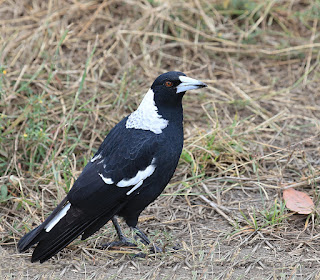 Magpie paused briefly from its foraging alongside upper reaches of the creek. 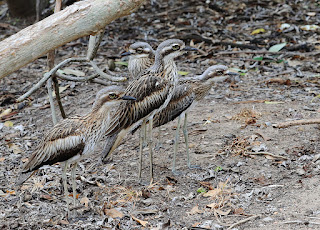 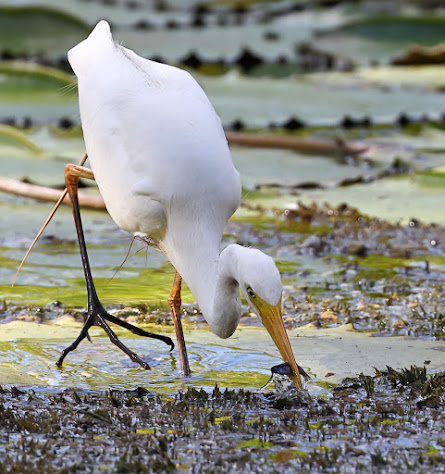