Peacefuls plus bits and pieces 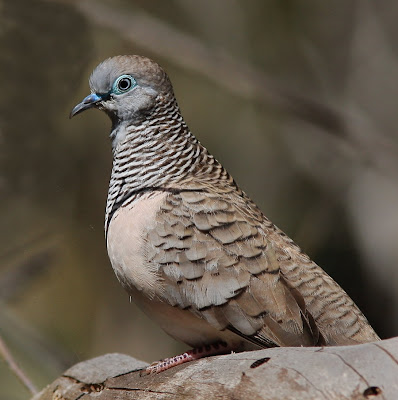 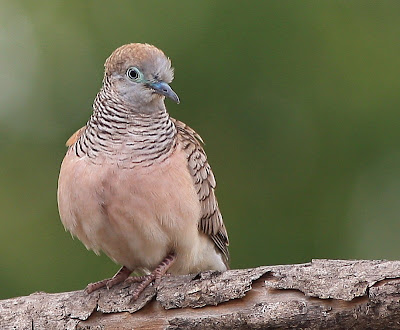 Sometimes the birds under our feet in suburbia can be the most difficult to sneak up on in the wild. Peaceful Doves (Geopelia striata) in Tyto rarely stand for being walked up on. These two birds allowed me nearer than usual, but not close enough. 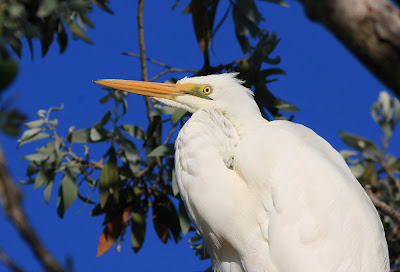 Eastern Great Egret (Ardea modesta) easier to close in on. The difficulty is trying to control the dazzling whites. (This is made even trickier because my notebook's LCD screen is typical in being extremely sensitive to tiny changes in viewing angle.) 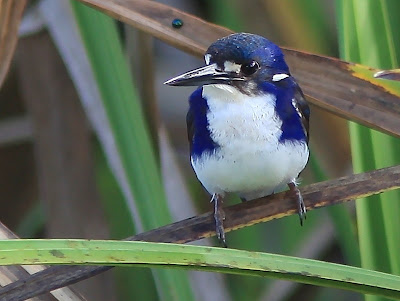 From big to tiny: Little Kingfisher (Ceyx pusilla) on scleria in front of the Tyto hide yesterday. The birds have given up the remnant pools on the outer creek and shifted to fishing at various points within the main lagoon system. 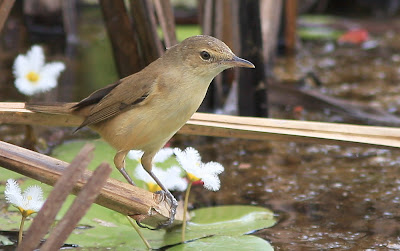 Bonus bird for anyone chasing kingfisher is Australian Reed-Warbler (Acrocephalus australis), more often heard in the scleria than seen on its fringes.
But still no sight or sound from the scleria of the Little Bitterns that inhabited several areas before the floods of January-February drove them elsewhere.
And a quick note of overall August sightings: 111 species, 6 down on July, 8 down on August last year. A few more snakes however: 8 species for the month (of 12 on my total list in 5 years).
- September 03, 2009

Beautiful photos as always! The kingfisher and reed-warbler are the ones I really wish I could see - sometime!

Nice one Tony. Love the Kingfisher shot. Do you get many waders there?

Hi Tony
The Peaceful Dove full-size image is a stunner.
The Kingfisher wins on the cuteness factor, though.
Cheers
Denis

Hi Mick: Always room for a visiting birder, but be aware both LKFs and ARWs are not year-round residents.

Gidday Mark: Not noted for huge numbers of waders, though interesting rarer migrants do turn up with the usual stilts and sandpipers that'll be here within a few weeks.

Thanks Denis: If I didn't like my white on black template so much I'd look for another that offered click-to-enlarge for all pix rather than first only. BTW, I've noticed a few annoying glitches in template lately (backspacing to bring lead pic and par closer together results in centring of par, or, worse, underscoring and embedded change to bold. Strange font changes also showing up.)