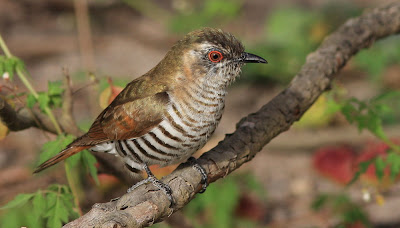 Trio of Little Bronze-Cuckoos (Chalcites minutillus) notably busy in a scruffy patch of dead guavas and straggling weeds for the past three or four mornings. 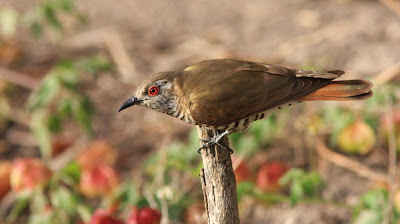 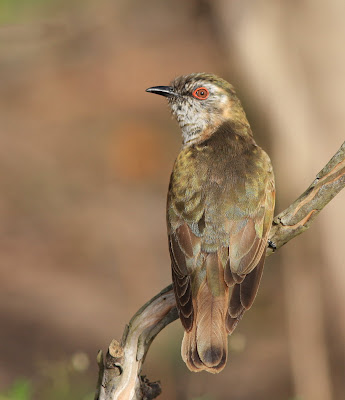 The red eye and eye ring of the male make him easy to single out. 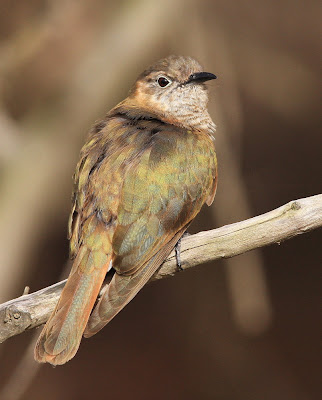 Not so simple with females and immatures. But only the immature and the male have so far stayed close enough for worthwhile pictures. 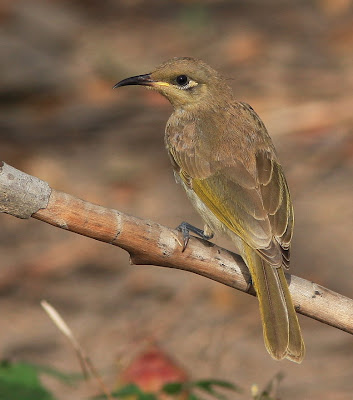 A bonus this morning was the sudden entry of this young Brown Honeyeater (Lichmera indistincta) into the cuckoos' area. Quick picture and the bird was gone. Cuckoos are much less flighty.
- September 27, 2009

That boy looks as though he's overdone the eye shadow!

Snail is right. Or has it over indulged itself?
I have never seen them so close as that.
Cheers
Tony

Hi Bronwen, Denis: Gotta get close to see the glory of cuckoos.