Catching some biggies on the wing 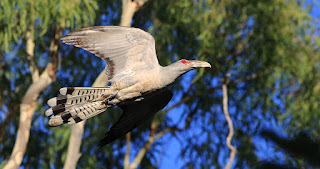 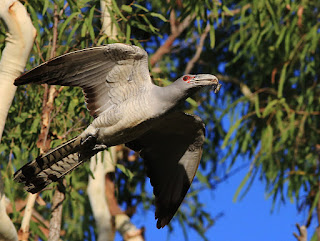 Bit of a morning for the biggies in the Common today, starting with bit of luck catching Channel-billed Cuckoos on the wing, and indeed one having caught cicada on the wing. 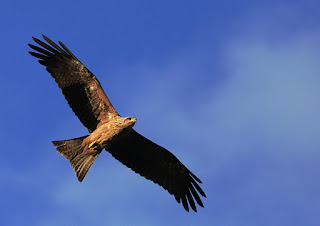 Two Black Kites showing interest in squashed Cane Toad on drive in, but this bird seemed keener on prey among the tree tops.

Young Osprey upset parent wouldn't deliver latest fish catch. The two immatures spending much less time on nest, without yet seeking to catch their own. 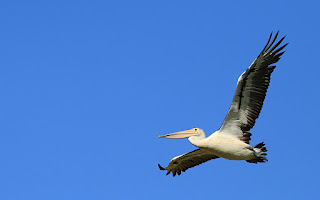 Another fisher - though with very different technique - Pelican off  lifted from borrow pit pools when White-bellied Sea Eagle took off from nearby tree. 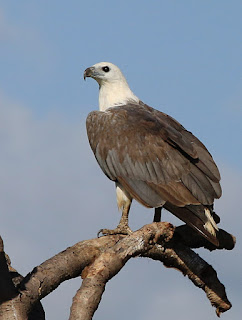 The eagle was perched with partner in shady tree overlooking pits, until I walked up from behind them and attempted conversation. Birds undisturbed by voice but took off when I showed myself.