Cockroach under the bark 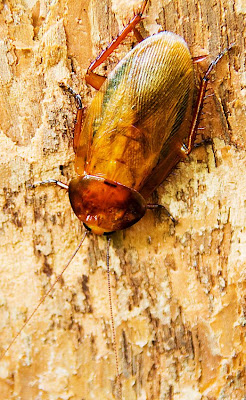 Roughly 100 paperbarks sacrificed small patches of trunk cover to uncover this cockroach, which I cannot for now identify. Not that I was seeking cockroaches. The great paperbark strip is an attempt to reproduce a particularly attractive pattern of underbark, which has the appearance of a fine silk. 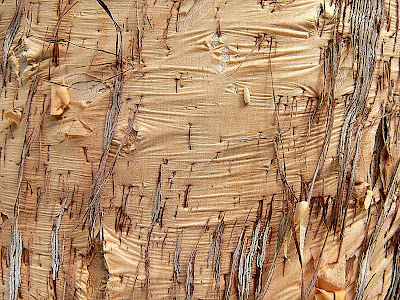 But what nature and strong wind once produced has proved impossible to replicate. In the process, I've found two big centipedes - avoid their bites, say the guides - many huntsmen, one wolf and assorted smaller spiders, and a few tiny swift black bark-hole munchers.
And the one cockroach. Which superficially resembles Periplaneta americana about the head and in general shape, though a bit smaller at 30-35mm, and with green rather than red about the back. But unlike P. am. likes deep, dark rainforest. I can add that it doesn't like anything about human hands, doesn't mind strong light and doesn't run for it.
- October 17, 2008

Not sure what effect you were looking for but paper bark is always fascinating stuff.

Talk? It scarcely wiggled an antenna!

Am looking for similar to pictured with just a hint more moisture in the tissue-thin layer.

Peeling bark reveals all sorts of interesting things! You never know what you're going to get.

Snail, you're so right.

Besides, paperbark is so very tempting and truly
(ab)user friendly. 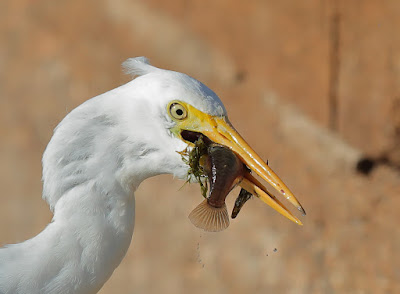