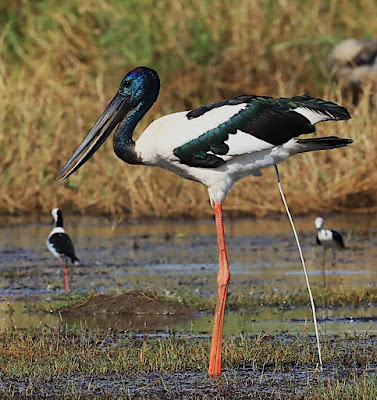 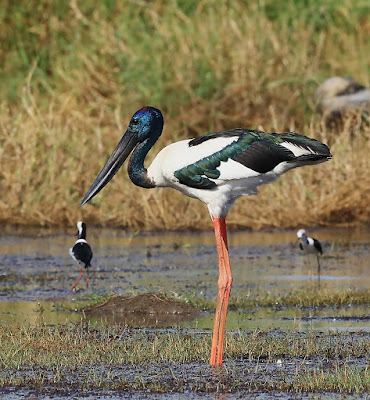 Job done, the bird decided it wasn't that concerned about my approach across the wetland weeds and would stick around 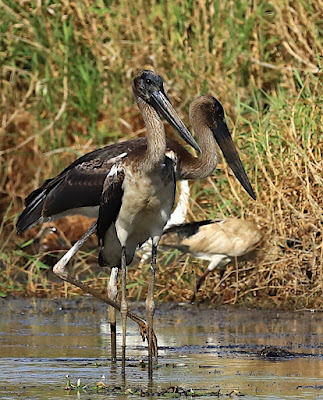 Not standing around by himself. Close by were juniors one and two. It seems from sightings at the area in recent weeks that the female seldom accompanies the youngsters. The four turned up a few weeks ago just as a family of five - whose nest is known to be somewhere slightly northeast of Melaleuca - began to drift apart, though all the birds have on occasion been seen more or less together elsewhere in the conservation park. 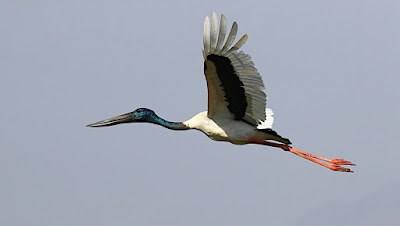 Missed the young birds' departure but here's the male on his way, spooked by some mild alarm from ducks and assorted waders further away. 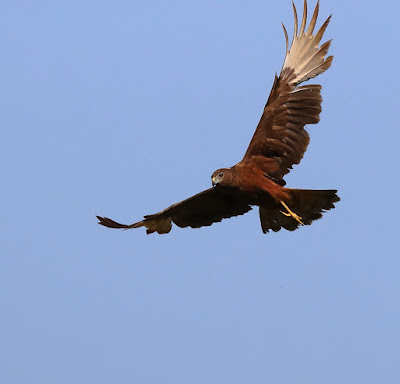 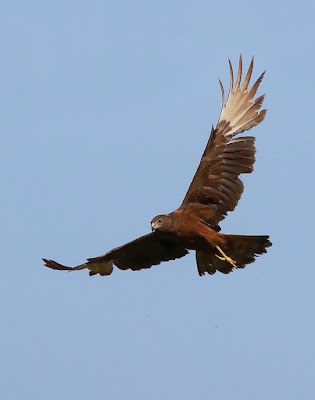 Not a cause - this time - of the alarm, untidy Swamp Harrier overhead at Melaleuca the other day.
Just missed getting bird into the frame originally. Quick bit of added frame and some clumsy cloning and the picture's a little more complete. Do try this at home. With more care than I care to use it's a great tool. 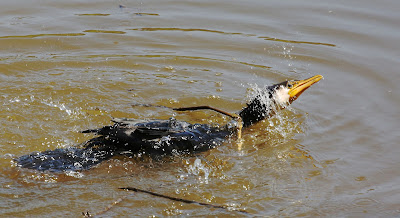 But some potentially great shots just cannot be easily tarted up. This Little Pied Cormorant has become regular chat partner at the Freshwater hide in the early mornings after claiming ownership to standing rights on the log that's emerged at the water level drops. After fishing (diving underwater and chasing prey) the bird washes by part-rolling busily in the water. No easy way to remove unwanted stalks, I'm afraid.

Stella Anderson said...
This comment has been removed by a blog administrator.
November 11, 2019 at 6:01 AM 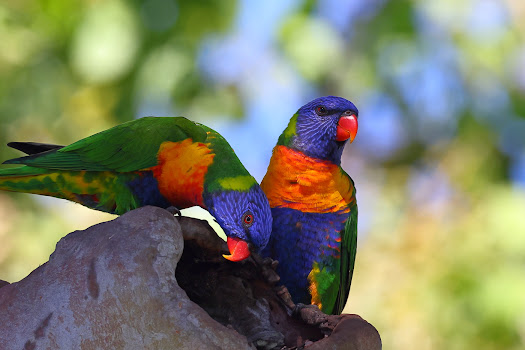