White-ear shows up but white ears don't show out 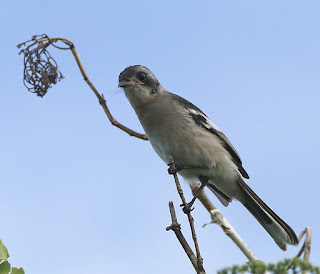 Why doesn't this White-eared Monarch have white ears? Nope, not because birds don't have visible ears (mostly). Juveniles of the species don't acquire the white facial patches until they lose juvenile and immature plumages. 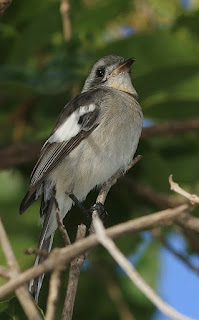 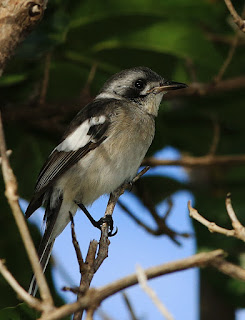 And while juvenile behaved a bit differently from an adult in not spending almost all its time fluttering around top and outside of foliage its black and white wing colouring told of change from juvenile to immature status. 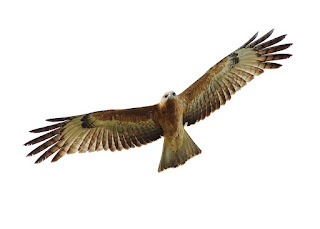 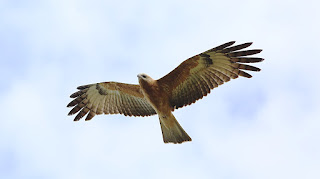 Another uncommon visitor recently, juvenile/immature Square-tailed Kite. Adult birds have broad black tail bar, barely hinted at above. Given the species' huge territorial range the young kite may have flown in from hundreds of kilometres away.
- March 04, 2018