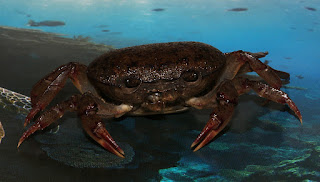 Look what a week's rain brought out in the Townsville Common. Inland Freshwater Crab, little more than a stone's throw from the coast. Queensland Museum website says Australia has but two species of freshwater crabs. However, JCU research speaks of 6700 world species with thousands of species yet to be scientifically ID'd. Who knows, could be a rarity or two, even in the Common? Barrier Reef  background above not crab's habitat, merely magazine page slipped in for photograph. 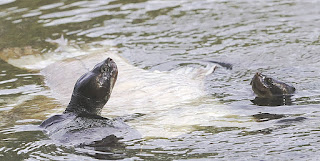 Today, scene from Ross River with something thousands of Freshwater Crabs would enjoy, if it weren't for turtles getting there first: barramundi makes floating meal for attendant feeders. 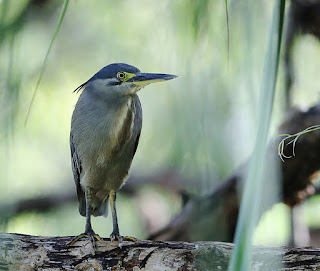 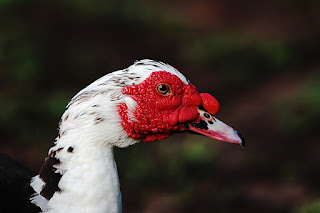 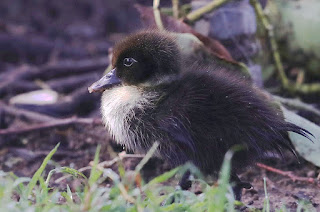 Also along riverbank today, resident Muscovy ducks, large and small. Just the one little 'un, possible because of dogs running free along the walkways. Adding insult to etc, dogs seen scoffing bread intended for the ducks. 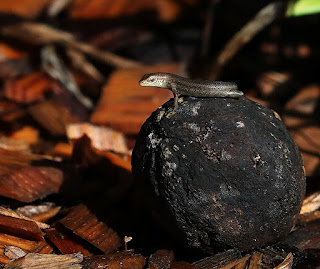