Male butterflies know how to seal the deal 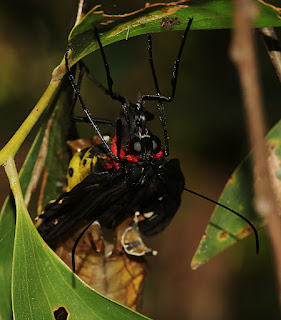 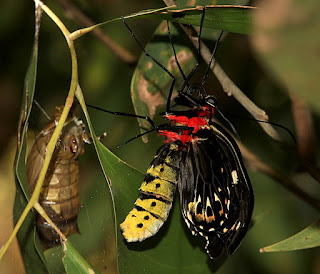 All clear 20 seconds later and waiting for wings to dry. 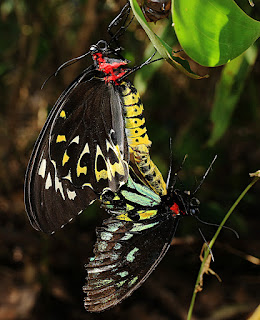 Several males came by, didn't locate her. After about an hour somewhat tatty gent found her and mating began almost immediately. 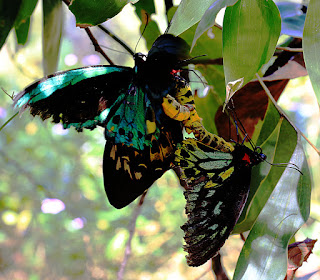 Another frayed male arrived, tried to horn in. Too late! 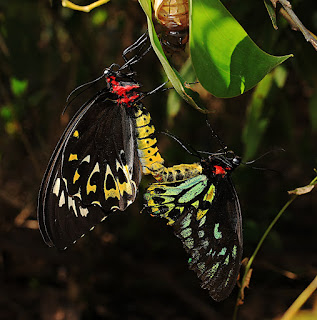 The mating pair stayed together for rest of the day. No sign of either next morning. The lengthy after-mating period gives a mating plug inserted by the male time to harden. 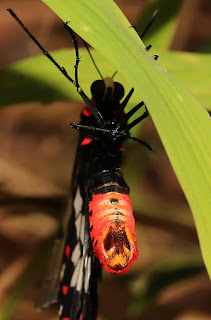 Female Red-bodied Swallowtails receive an even larger mating plug, most plugs staying in place for their 2-3 months of life. 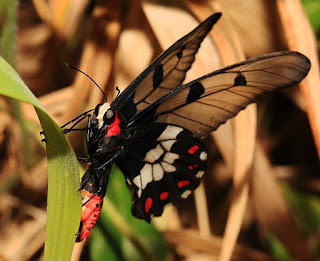 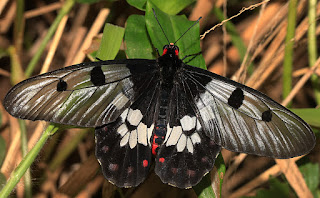 Wouldn't work so well for most animals, included Homo sap. But with butterflies there is a duct for entry of sperm and, via internal canal, an oviduct for exit of eggs.