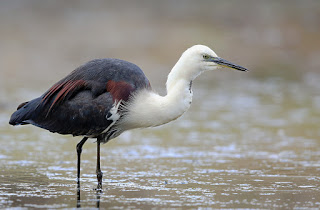 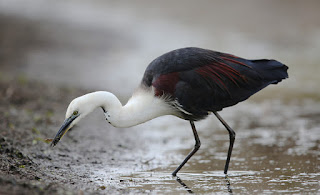 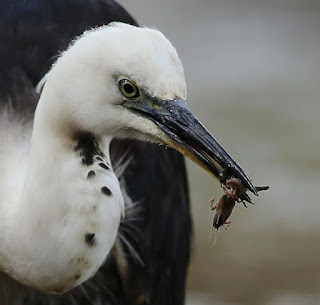 Lightning stab and what may be young grasshopper is heron fodder. Bird then decided food is food and trust is trust but safety first is the golden rule. Slowly turned and foraged back the way it came. Typical behaviour from herons and egrets, which often commit to a particular target and allow an approach until they make their kill, after which they often unhurriedly fly off. Touch-feeders such as spoonbills don't have the sight of choice prey items tempting them to ignore intruders.
- October 01, 2015