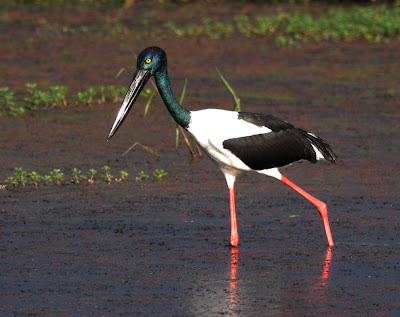 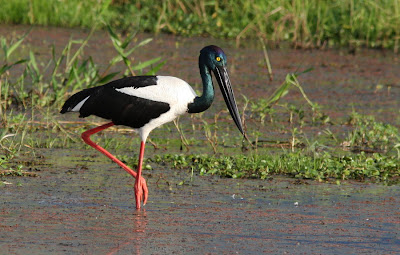 No sign of partner. Nor hints of stick gathering, though March-June likely breeding period. 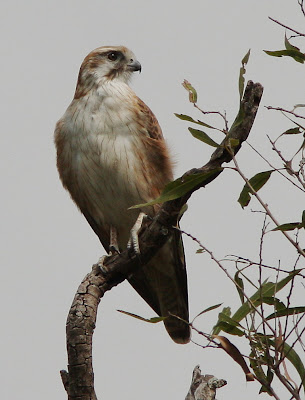 Detoured back through cattle country to seek resident Brown Falcon (Falco berigora) pair on the wing. Light morph bird stayed glued to upper branches till my attention drifted. Then, it was gone. 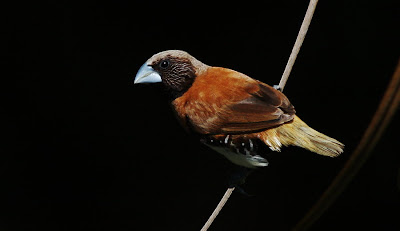 Sought movement from this Chestnut-breasted Mannikin (Lonchura castaneothorax) in harsh sunshine on edge of deep bush shadows in Tyto earlier in the week. 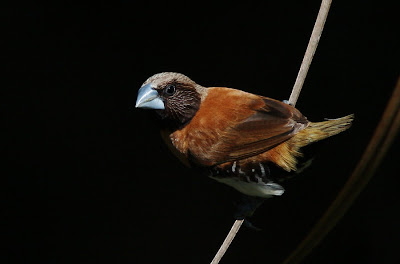 Instead, scored dramatic contrasts between bird in harsh sunshine and deep shadows behind it. Some accidents are happy!
- June 04, 2010

Thanks Denis. She's got a partner (and great legs). Just not a clingy type.

tony, is the difference between male and female b-n-stork the colour of the eyes? If so, what about juveniles? When do they display the yellow vs dark eye difference?