Crakes come out as creek goes down 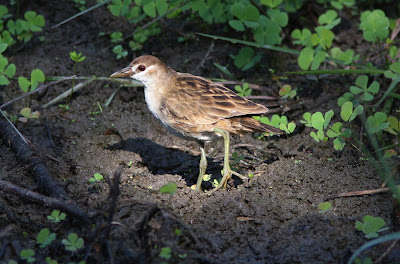 Young White-browed Crake (Amaurornis cinerea) ever present lately beside most heavily trodden area within the wetlands. 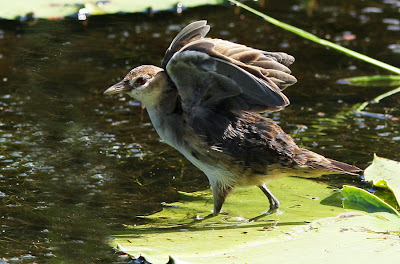 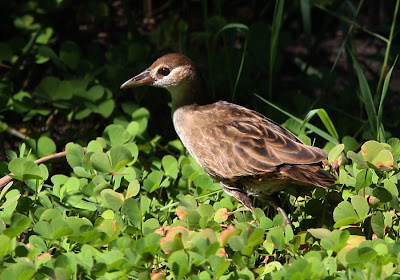 Most of the dry season's growing numbers of visitors are unaware they're almost walking on top of the fast-maturing crake. 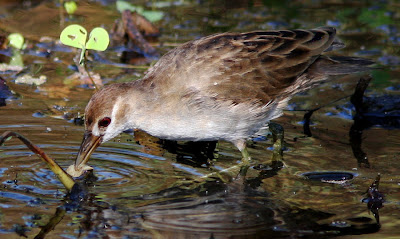 Which is a pity. For, as often proves the case, one bird's boldness brings others out. 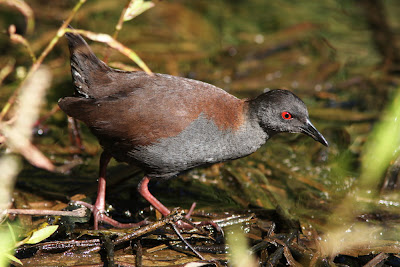 No surprise to find similar-sized Spotless Crake (Porzana tabuensis) picking over the same muddy shallows. This mature bird quickly gives way if challenged by the youngster. Explains in part why the shyer species is greatly outnumbered. 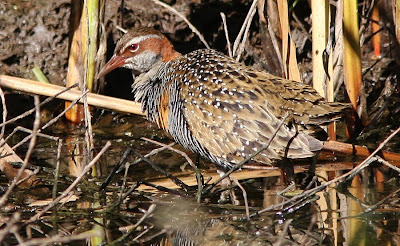 Yet neither species gives way to Buff-banded Rail (Gallirallus philippensis), more than half again larger than their 20cm. Could be because crakes breed in Tyto and the rail, though local, is a mere visitor: a much sharper eyed one than most humans passing by.
- June 15, 2010

Great photos and birds. However, I always wonder if I would be a tourist that would see the birds or walk right on by! I also wonder just how patient you have to be to get great photos like that!

Hi Mick: A matter of looking more than walking, I think. Great photos. Standing still for even more time than I've usually the patience for.