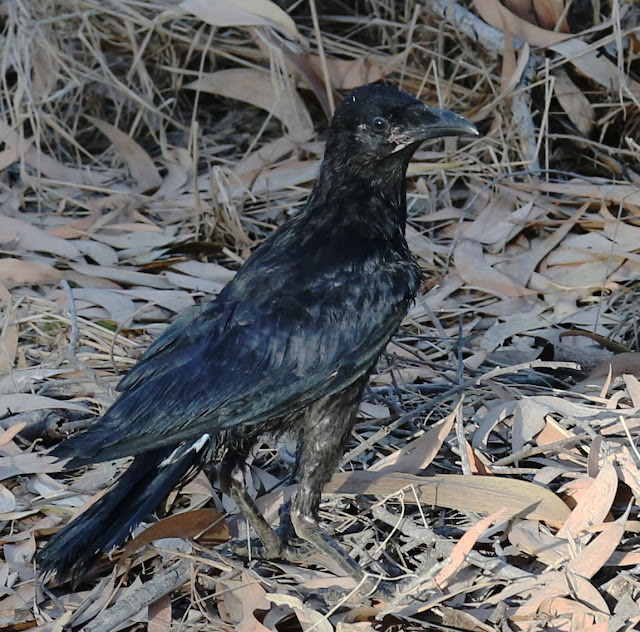 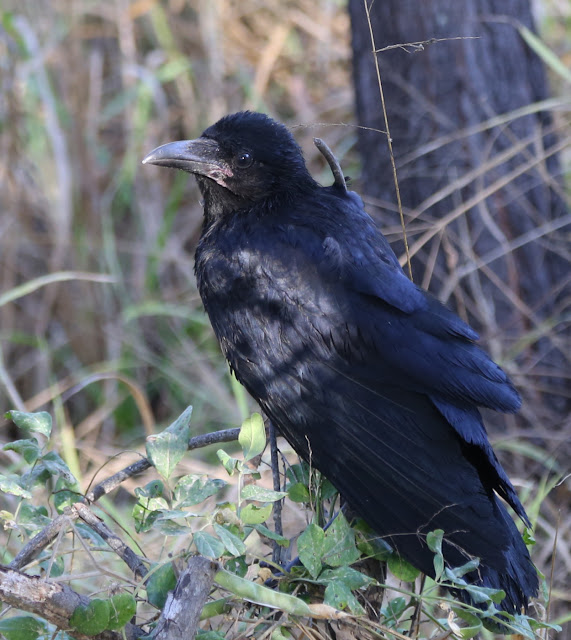 Torresian Crow (updated 8/9 to Australian Raven after maturing juveniles revealed telltale pink patches on necks) siblings quit their Townsville Town Common nest too early yesterday morning resulting in some anxious moments on the road through the park before I guided them into safer spot. 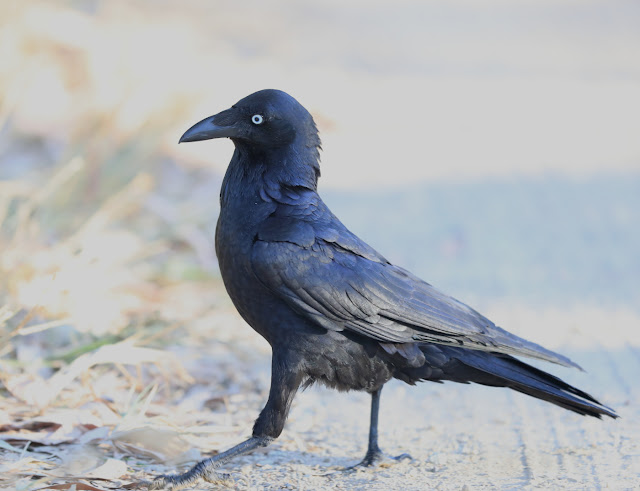 Though unable to fly well, four hours later they were high in eucalyptus and being fed by parent. 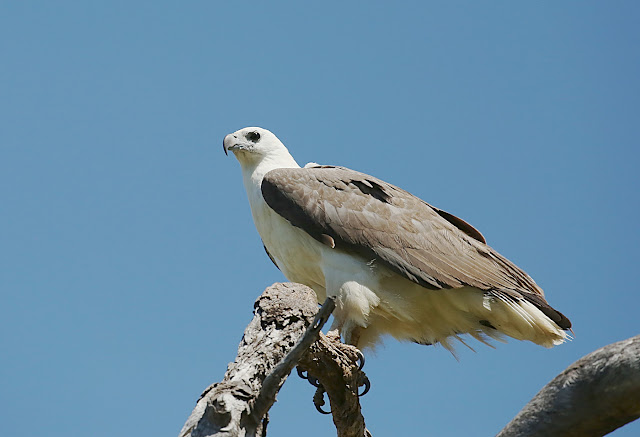 Youngsters doing well elsewhere include White-bellied Sea-eagle juvenile (parent above) rescued last week from beneath nest (this week flapping vigorously for carer Deb Carter) and its sibling still in nest near Freshwater Trail. 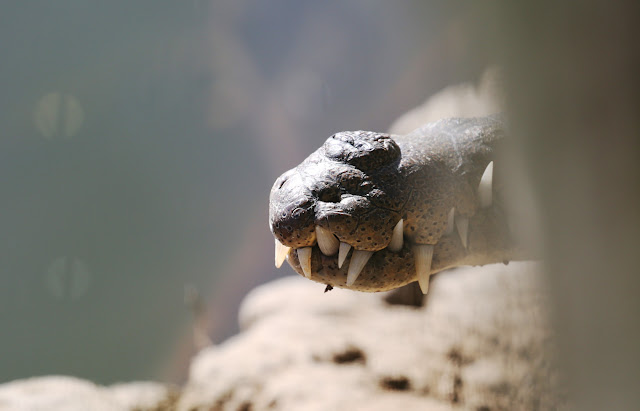 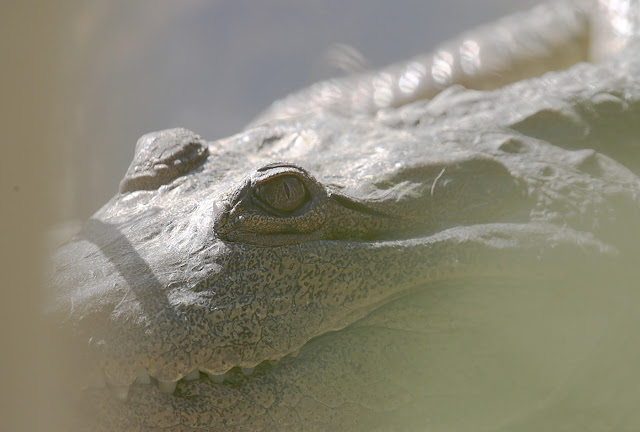 Meanwhile, meet Snaggletooth, Freshwater Crocodile snuck up upon beside Ross River the other day. Got to within three metres but could not capture more than part of jaw and head. 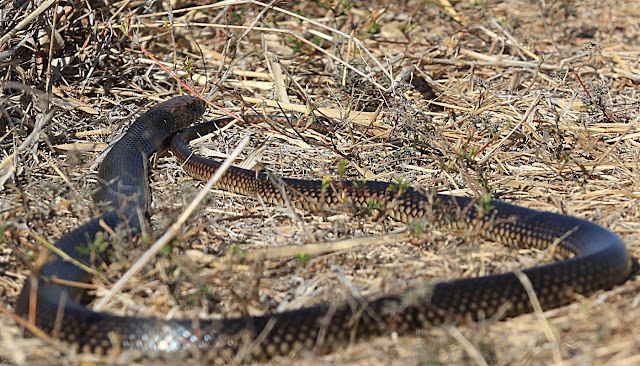 Today, caught Red-bellied Black Snack snoozing in the sun along the earth dam wall between Freshwater and Bald Rock in the Common. Barely pink in northern habitat.