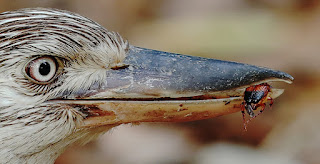 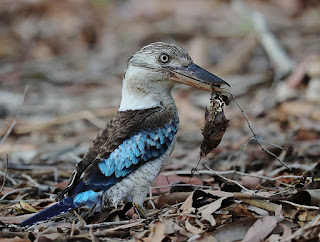 Hard to see the prey among the litter. Close look reveals spiky leg poking up side of upper mandible. 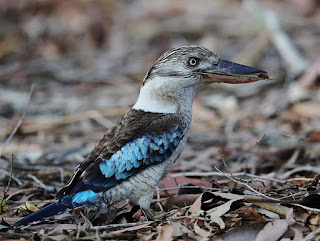 This insect appeared the preferred meal. The many small skinks among the litter consistently ignored. 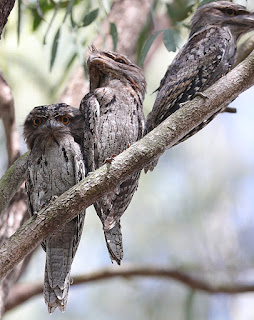 Nearby, three Tawny Frogmouths in position to look down on unknowing walkers. 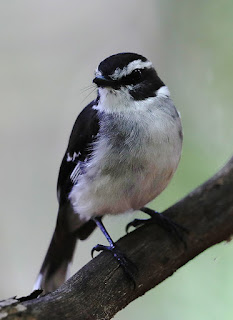 And White-browed Robin - after much noisy early calling - deigned to descend from the kingfisher's heights.