Opportunity knocks with Wolf at the door 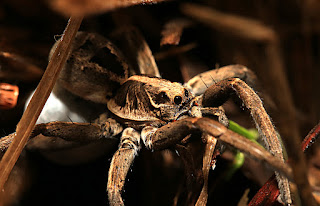 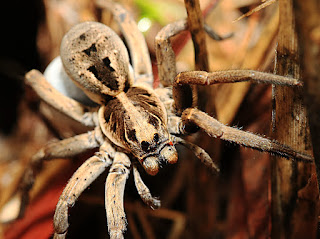 Back this morning with macro lens and flash at ready, gently poke soft straw down funnel/tunnel and suddenly there's a Wolf Spider at the door. She's not alone. Web ball of Wolves-to-be tagging along tied to her stomach. 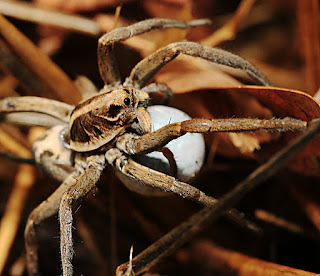 She seemed more curious than furious at the intrusion and turned back into her tunnel after putting up with some wrangling for the camera. All going well she'll bite the ball open and carry her young on her back till they get hungry and go their way. 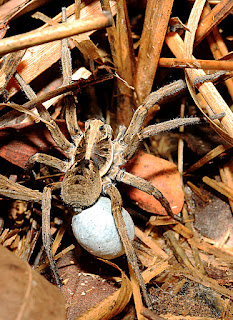 Those wanting to make a name for themselves - and for many other things - might consider looking in their own backyards. There are thousands of things living there yet to be described fully and named precisely. Which Wolf Spider is that knocking at the door?