Will egg from 'tail' survive sting in tail? 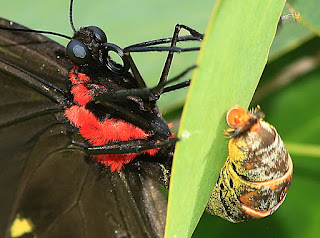 Seems Townsville will feel only the sting in Cyclone Debbie's tail. Nothing but light breeze and a rare drop of rain here yet as the category four system's terrible power advances on coast south of this city. The system's slow pace brought some reduction of danger from storm surges building upon king tide. So, my Cairns Birdwing site beside the Town Common entry gate may escape with 'merely' thrashing winds and lashings of rain later today. Meantime (above), egg-laying yesterday. 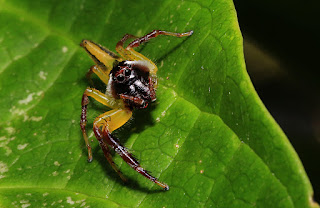 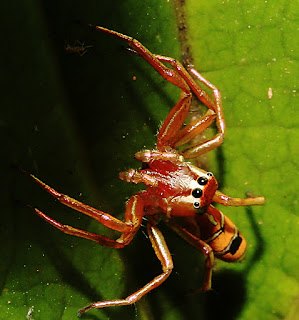 And a few of the other inhabitants sharing the Aristolochia vine with the butterflies and caterpillars. Jumping Spiders come with big eyes, said to be among sharpest in the natural world. 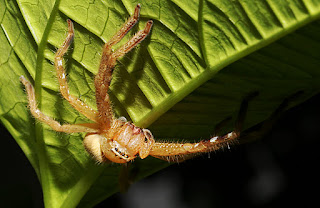 Whereas Slender Sac spider shows symmetrical eight-eye lineup, though it's a night hunter.. 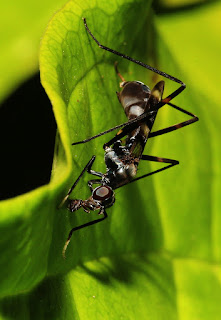 Compound eye in Crane Fly not so noteworthy as suction mouth. Though said to be drinkers only, their 'hoovering' across leaves must surely take in minute solids - some being food - along with liquids?

Thanks, Mick. Still all quiet here at noon.