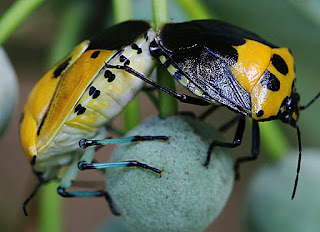 How would you like to grow up as a  Man-faced Stink Bug? Hard to face that sort thing every morning. Stare in the mirror and know you'll be a Stink Bug. All day. Every day. 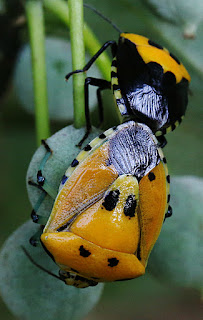 And what about the other half. Should she be pleased that she's not a Woman-Faced Stink Bug? Or annoyed to lack gender identity? 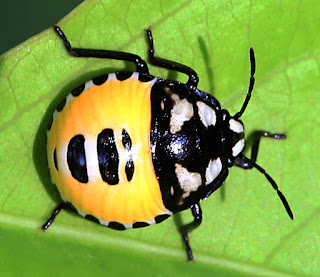 Do the nymphs know what's ahead of them? Perhaps because they're not yet man-faced, not even baby-faced, they're yet to know their fate. 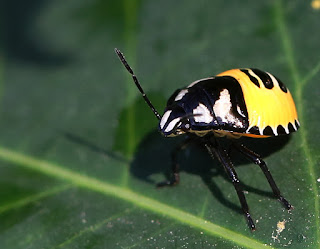 Worse. Being an Australian Man-Faced Stink Bug is to be denied existence. Wikipedia and others place you in many Asian and Island lands, but not in Oz. Sometimes life just stinks! 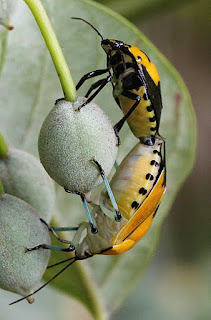