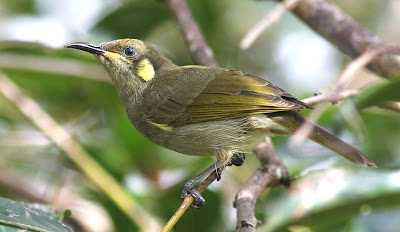 Hard to get open shots of ever busy Graceful Honeyeaters (Meliphaga gracilis), a handful of which have begun sounding again in Tyto. 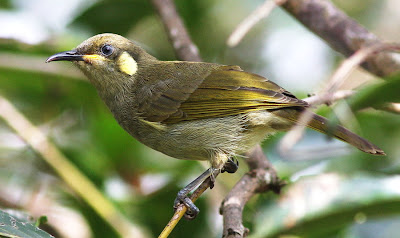 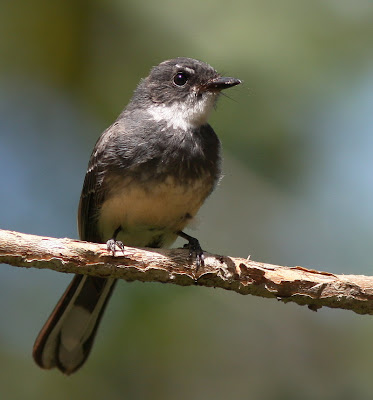 But not all the 'chips' fall from Gracefuls. Northern Fantail (Rhipidura rufiventris) also can go for long spells on one maddeningly similar note. Pity, because it means the fantail less often breaks into one of the most cheerfully sweet songs heard in the wetlands. 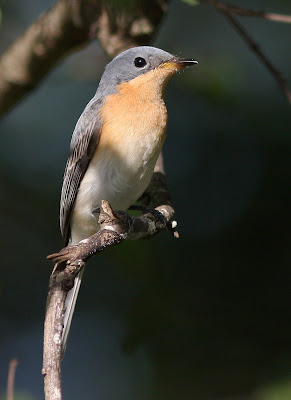 Sweet scarcely describes the sound of any flycatcher. Above female Leaden Flycatcher (Myiagra rubecula) rasped away near the site of the Shining Flycatcher nest this week. Didn't seem to bother the nest builders, specially the male, which is lately doing much sitting.

Hi Tony
I love your mixture of land birds and water-birds (not today so much). But at least you're keeping us posted on the Jacanas and the Shining Flycatchers.

Thanks Denis. Bit of Hobson's choice. There's not a lot of action at present.

Nice one! Can't get into my own blog without posting comment!