Sharp screech of talons scraping corrugated steel on Tyto's lookout today as a Brown Goshawk launched from hiding place in weeping fig overhanging lookout and rushed in fast glide at immature Comb-crested Jacana.
Jacana dived under water. Goshawk, pulled up sharply, stall-turned into dive, and failed at grab as bird surfaced. And why isn't there any picture of this? Because I was too slow to switch from watcher to photographer.
Earlier in day, a small Collared Sparrowhawk darted from ambush, missed its (unseen) target and paused briefly at distance long enough for sure identification. Grey, and Brown Goshawks have been active lately.  At today's noisy takeoff two metres overhead first issue was ID. And who needs pictures of raptors' back ends disappearing across a lagoon?
Too late the awareness of a Jacana in the Goshawk's sights. Too far off for a great picture, but zero marks for not waking quickly to the potential. In token defence, I've not seen a Goshawk show interest in birds on the water (just above the water - Swallows, Martins - yes). Live and learn, one hopes. 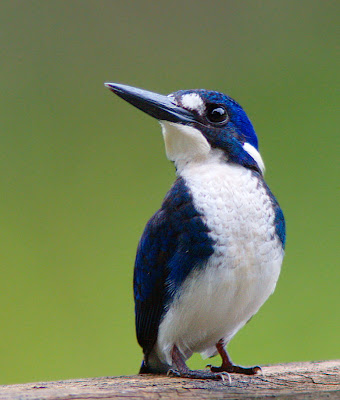 Yet more rain overnight disturbed Little Kingfishers' waterholes. But managed to sneak close for pictures two days ago of bird - but on a handrail. 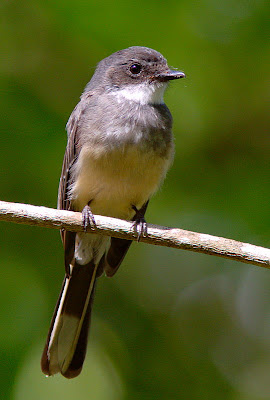 Northern Fantail at least knows enough to stick with nature. 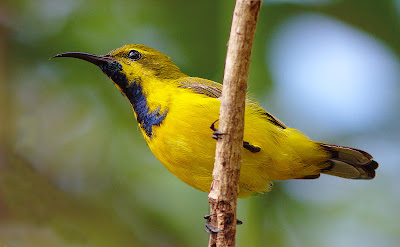 You really don't need all those excuses/reasons about the Goshawk etc when you come up with such fantastic photos as the Kingfisher, Fantail and Sunbird! Still, I admit that photos of the action would have been brilliant :-(

Hi Tony
Nice write-up. Shame about the lack of pictures, but we have all "missed" something which might have been great to capture, ... but.
You did well, anyway. Mick is right.
Cheers
Denis

Thanks Mick, Denis: Bit of confession is not only good for the soul, but helps kick the message home to myself.

...whoa...the Little Kingfisher is a stunner! (That happens to me a lot...too intrigued watching I forget to snap the shutter!)

Hi Kelly: Thanks. Double pleasure to meet another Austen fan.