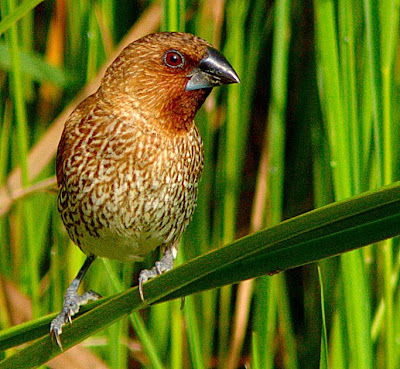 Nutmeg Mannikins (Lonchura punctulata) seldom stick around when approached by anyone or anything in Tyto. Usually any warning note is followed by a swiftly ascending flock of disappearing twitterers. 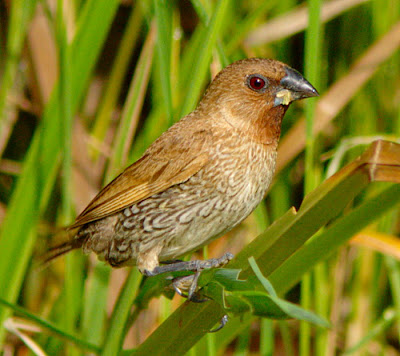 But yesterday a couple of birds behaved more boldly than normal and offered the chance of a few pictures. Of course, in the end I strayed a step too close and even these two birds quickly called an end to the session. 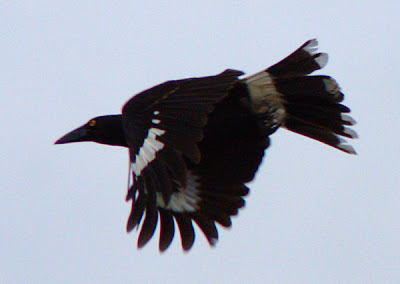 Final species tally for May came to 113 with the very uncommon showing of a solitary Pied Currawong yesterday. A pair spent time in Ingham two years ago, but those birds stayed away from Tyto.
Other uncommon sightings for the week - and the year - came with a pair of Brown Gerygones (usually only in rainforest) and three squabbling White-necked Herons (mostly solitary).
- May 31, 2009

Great photos - especially the Mannikins. I saw and photographed a Pied Currawong today also - haven't seen one around here for ages!