Red-winged Parrot not primary target of quick drive 40km west of Townsville but this male feeding on roadside weed seeds took the eye. Which was just as well since the stop near a cattle station gate led to finding a mixed lot of finches and mannikins feeding on fallen seeds. 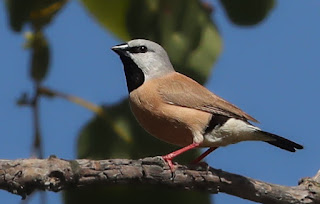 Among Plum-headed and Zebra finches, four Black-throated Finches, two of which flew to within a metre of me at the gate before heading off across the road. But one of the two others paused in a nearby tree before darting away again. 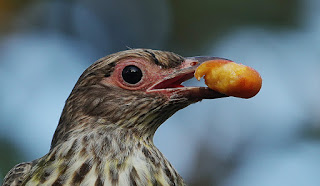 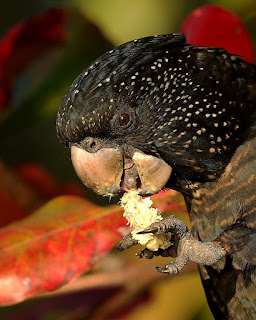 And Red-tailed Black Cockatoo female getting to the tasty section of a coastal almond.
- May 03, 2018