Luck takes a hand in what's spied from the hide 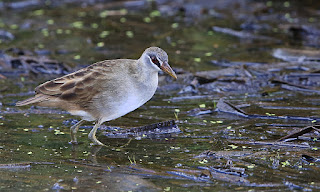 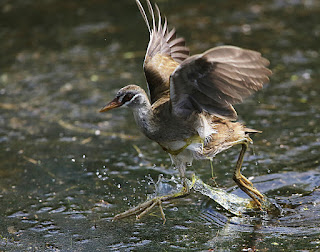 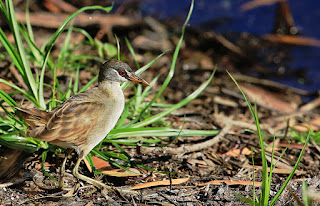 Lady Luck got to work for me in Tyto today. Been haunting the hide of late because water levels gradually dropping and offering bit more mud for White-browed Crakes - in particular - to forage on out in the open. Doubly lucky to get a bird right below hide, after just missing great action shot yesterday. 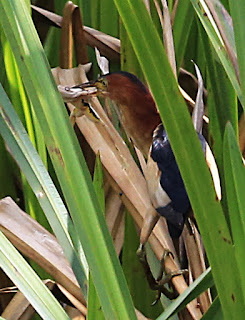 And there have been teasing calls - mainly from afar, once quite near - from Australian Little Bittern/s. More luck. Today's sighting of female and male could not have been made from the hide. Distant picture above of male with treefrog (probably Peron's - usually brownish, but as with many frogs able to change colour) came as I was returning after quick check on nesting fantails and sunbathing python. 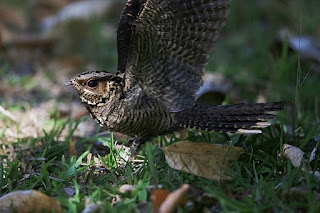 More luck. Walk to Northern Fantail nest led me to almost step on Large-tailed Nightjar. Blur of brown before my eyes and much diversionary fluttering followed. 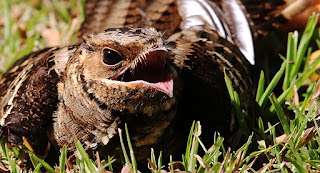 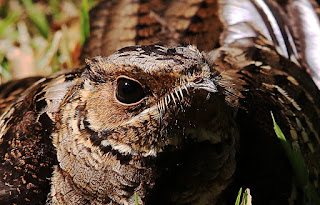 Bird kept trying to lure me away. I kept trying to locate egg/s/hatchling/s, oh so cryptic and laid or lying near the track. We both failed. But all the time being taken produced the lucky sighting of the bitterns. 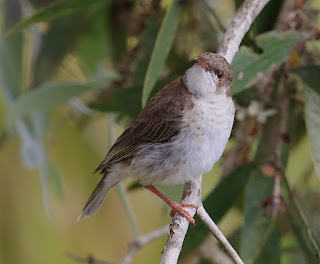 So, just for luck I'll throw in a few more from the latest Tyto outings, starting with Brown-backed Honeyeater. 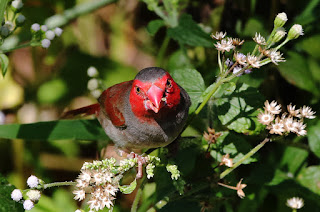 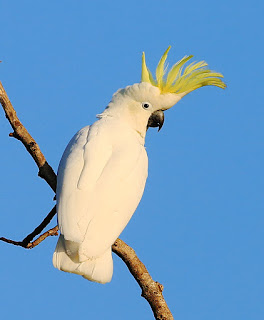 Solitary Sulphur-crested Cockatoo sitting a while before beginning to chomp chucks out of perch. 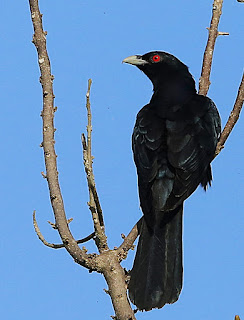 And Common Koel male taking break from noisy advertising for females. But he'll probably get lucky. Just not so lucky as this watcher.

Awesome Photos! I'd say that the frog species is a Roth's treefrog, due to the overall pale colour (although you're right, Peron's treefrogs can change colour), and the fact that there is a band of black on the inner thigh, rather than the more blotchy patterns or the Peron's. Excellent Nightjar photos, and keep looking for the nest, I reckon you're onto something there!

Correction, upon closer inspection, that "black" band may be blood, I'm colourblind! I still reckon it's a roth's Treefrog though, very large for a Peron's Treefrog

Think you're right, at least about it not being Peron's, by size. Not too sure about blood. Looks more black and yellow leg markings perhaps of larger species of frog. What we need are volunteers to send me hundreds of frogs for scattering at edge of scleria to tempt bitterns out from cover. Oops, no one should take the suggestion seriously!!!