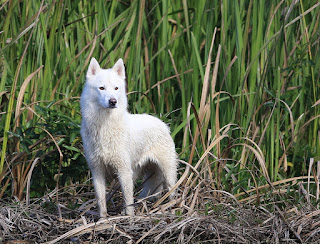 Bit of a diversion today in Tyto with pair of tame but uncollared huskies detouring from somewhere to somewhere else by way of the main lagoon. 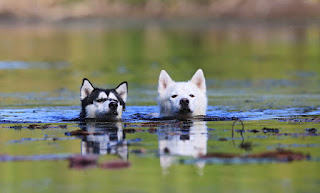 They swam close by me where I'd been trying to talk Cotton Pygmy-geese into doing more or less what the dogs did. Much shaking of water and they went off down the track toward the wetlands' entrance. 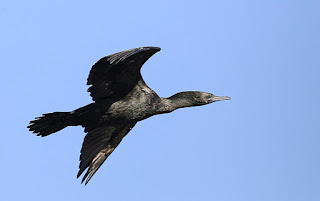 Dogs caused a few birds to quit the immediate scene, but only one Little Black Cormorant obliged by flying overhead close to me. 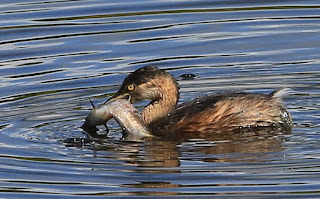 Other action nearby included Australasian Grebe grabbing more than it could swallow. Snatched the fish in weedy shallows and - unlike behaviour of some other species - carried it out to deeper, clear water, probed at catch a few times and either lost fish or realised size really does matter. 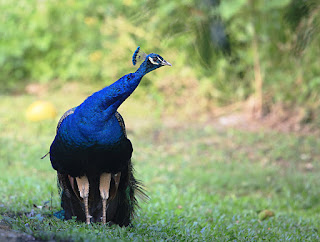 Touch of local colour last evening showed neighbourhood Peacock at his best. Just three weeks ago he looked drab and scraggly-tailed. Tail almost back to full glory and drab no longer applies. 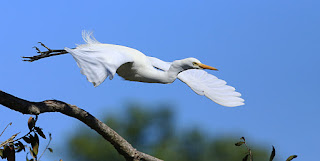 And an Intermediate Egret flight shot from earlier in the week. Concentration on Tyto this week brought on in part by trying to ensure most accurate possible list and count of birds in the wetlands, as promised near start of June. No true rarities popped up. Species count ranged between low 50s and mid 60s. Final species count for month: 125.