'Gitting' hot on trail of Zitting 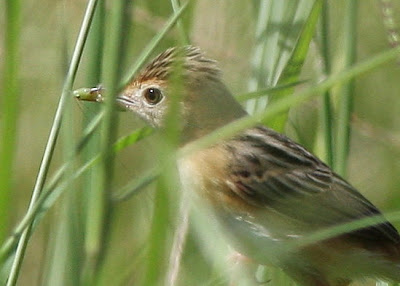 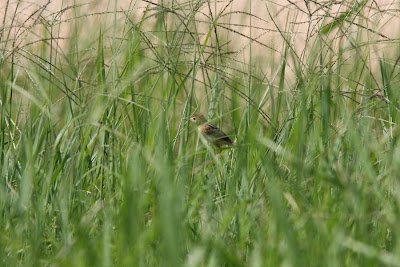 Getting hotter hunting for Zitting Cisticolas (Cisticola juncidis). Spent three steamy hours on Saturday morning stalking grasslands in 35+Celsius in hope of closeups of the hard-to-find species. Once found, their movements when foraging have proved unpredictable. So, huge stroke of luck to get one shot of bird with small grasshopper. 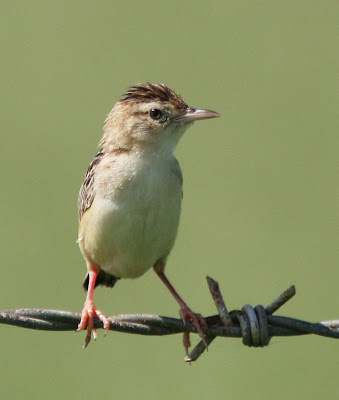 Less luck but lots of patience listening and watching along the fences brought two fair looks at a possibly immature bird on the barbed wire. 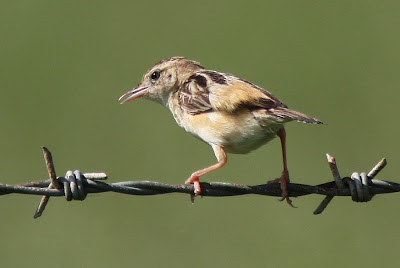 First impressions from a few weeks back of three pairs occupying distinct small territories along a three-kilometre stretch of unsealed road appear confirmed by Saturday's sightings - presuming the immature bird to be a near independent product of one pair. 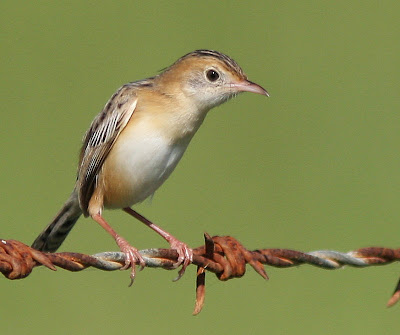 The Zittings share the grassland insects with more numerous Golden-headed Cisticolas (Cisticola exilis - above), and Horsfield's Bushlarks and Australasian Pipits. A slight puzzle, given their fence-posing habits and greater numbers, is the extreme wariness of the Pipits in comparison with the other three species. 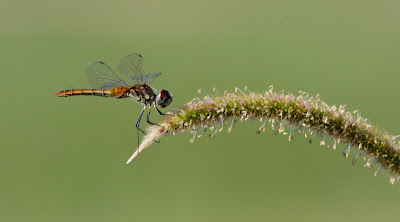 And just to show one is not obsessed by birds here's a soft-image dragonfly struggling in the non-cooling breeze to stay attached to a flowering grass. Unpictured: a few hundred grey Brahman types, none of which has shown any interest in bird photography.
- February 08, 2010

Hi Tony
Lovely shot of the Dragonfly.
Re Cisticolas, I cannot tell a Zitter from a Golden Head. I rely on your decisions, there.
Cheers
Denis