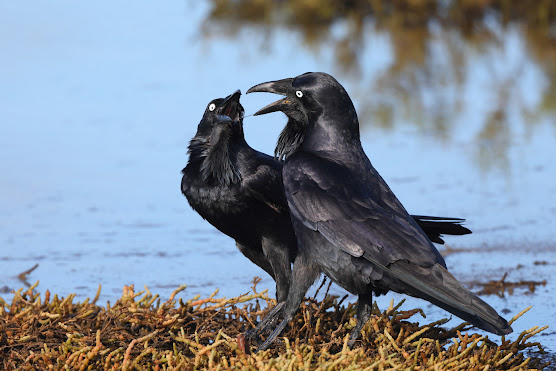 How's this for a show of affection? Australian Ravens mate for life it's said. But that's not saying so much given they don't breed till age three and then usually for only four or five years. In fact most never breed since more than 60 percent are said to die before age one and others never find partners. 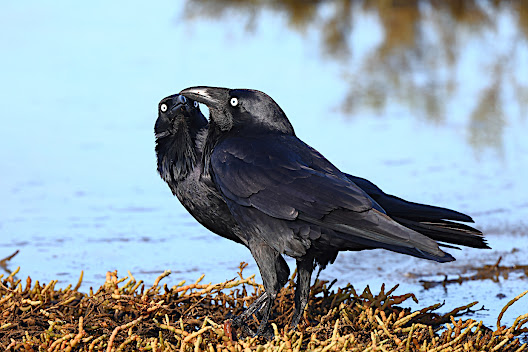 This resident pair in the Town Common have had two or maybe three families. They don't know how lucky they are. Now they're approaching another season and indeed their touching display may be testament to some quickening of the blood. 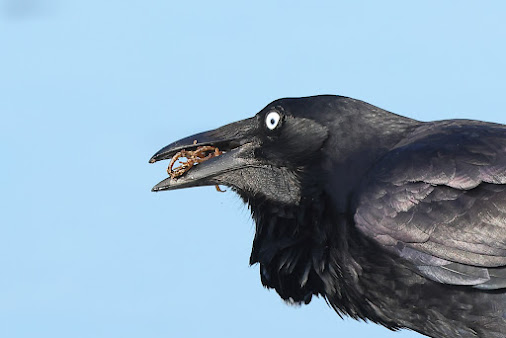 Also interesting the other morning was a rush to gobble wet samphire (in the mouth, above) - after they had been feeding on, probably, some other plant material at the side of the road. 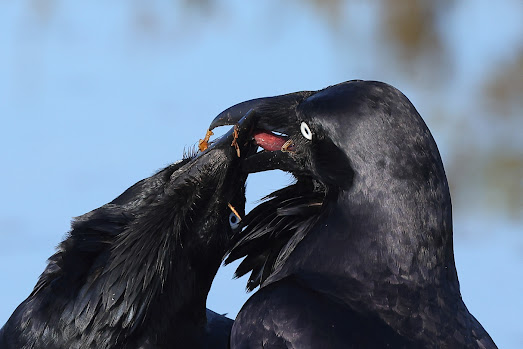 It appeared there may have been some transfer of the samphire, along with French kissing and the usual saliva. Samphire salad? French kissing tops French dressing.

If one picture's worth a thousand words what price a whizzo series of four? Nankeen Kestrel, sometime acquaintance of mine, on the Town ... 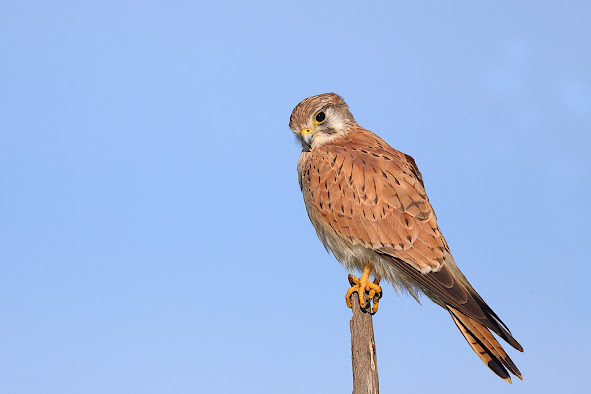