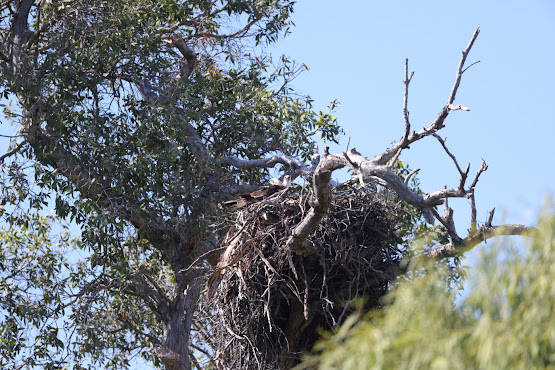 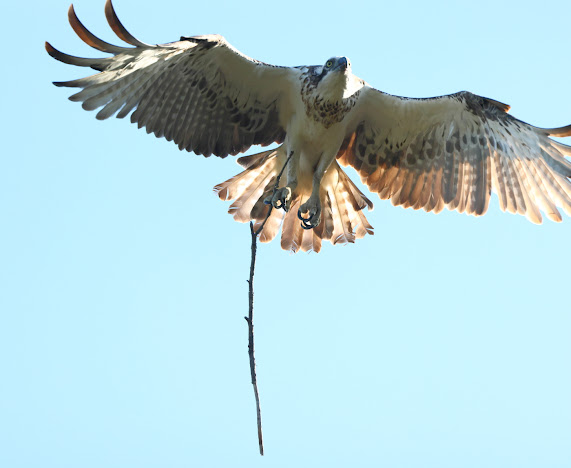 But seems birds decided at the weekend enough was definitely enough at about 30 days over the usual 90-95. No more toing and froing with fish and new nest sticks. No young Ospreys. Again. 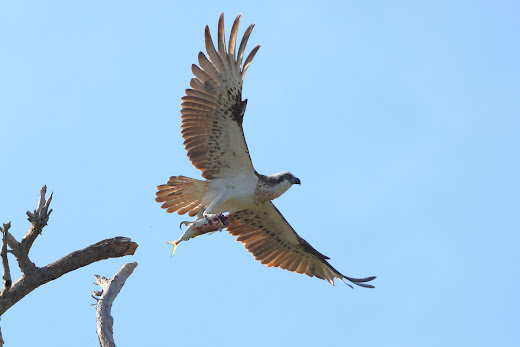 Ill-fated? There's more. Third (original) nest and nest tree lost in 2018 blaze. One, rather than previously regular two fledglings, followed after another nest was built nearby. The nest has since collapsed. 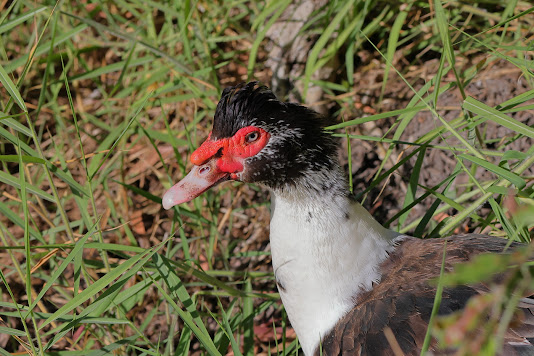 So, today. Some Woodswallows above the latest nest. Egrets and Ibises in pool below. And a Muscovy Duck - dumped in the park, probably on Sunday or Monday.

Sorry about terrible pictures, but not as sorry about things depicted as unwary Water Rat. Caught attention of male Black-necked Stork in To... 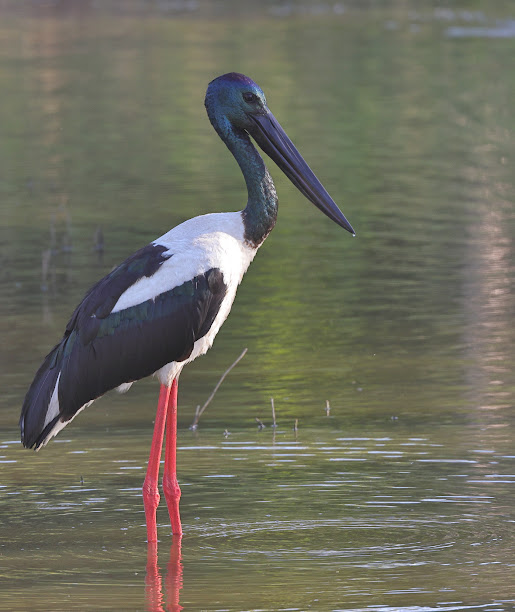