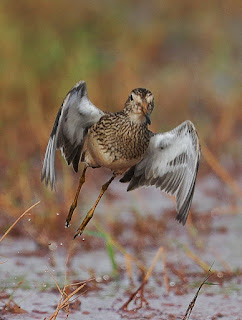 Uncommon and often unnoticed, Pectoral Sandpiper launches into view at Payet Tower pool today. Obvious differences from commoner Sharp-taileds - when seen up close - streaky breast with sharp upsloping cutoffs, light colouring at base of bill, yellow-green legs (if light is right) mean almost nothing from 50 metres away. 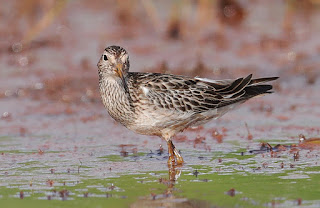 But crawl in through the tall grass and inch (millimetre really, but that's not yet a verb) forward, and talk nicely to the bird, and bingo! all doubts about identity disappear. This bird seems content with companionship of 8-9 Sharpies, but here today, gone tomorrow may well apply. 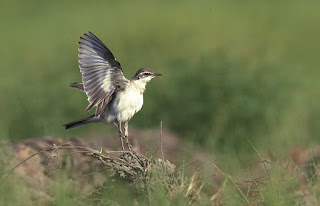 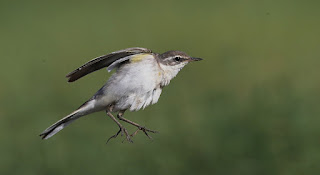 Just up the road to the neighbouring wetland extension at Melaleuca viewing area in Townsville Town Common Conservation Park, Eastern Yellow Wagtails made it a week of sightings, though just two and not the regular three were on show today. Jump and flight images from yesterday. 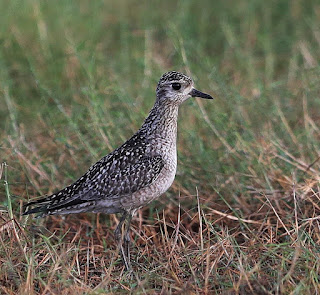 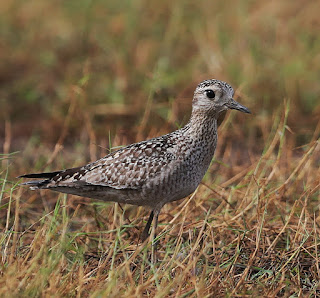 Surprise newcomer this morning at Melaleuca, Pacific Golden Plover. Probably a juvenile with somewhat worn feathers, thus lacking any hint of gold spangling on its back. Two images, dark one from early morn, lighter other much later. What will tomorrow bring?

So, too many Spotted Whistling Ducks lately? No, wait, this isn't yet another one on the new borrow pits in the Townsville Town Common... 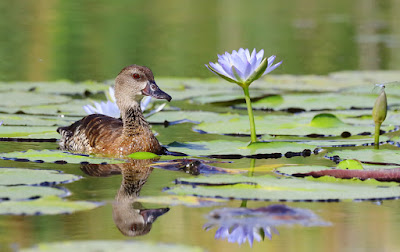