Life's perks are walks in the parks 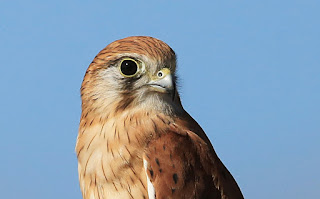 Life's a walk in the park these days. Well, more accurately, in the parks. And there's driving too, but you get the picture(s). 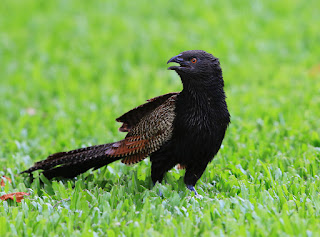 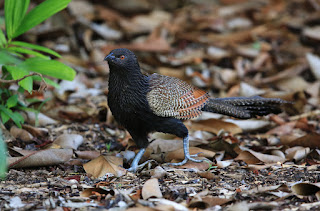 Pheasant Coucal seldom so still as this male which emerged from stand of bamboo before deciding to take to cover again. 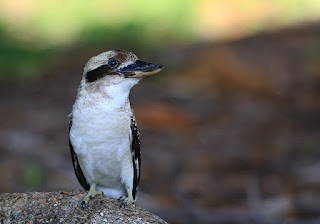 Laughing Kookaburra barely has time for giggle with three impatient mouths to feed tucked away shyly and slyly in the shadows. 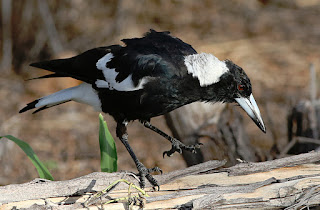 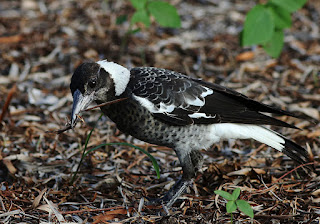 Unlike parent and immature Magpies on the hunt together. Though junior still having trouble telling wheat from chaff, so to speak. 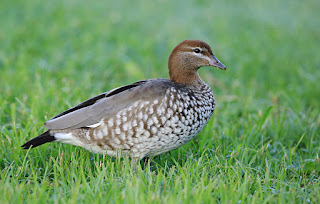 Meanwhile female Wood Duck continues to walk alone, unable or unwilling to fly. Nor will it take to water if approached too closely, preferring to walk away quickly even when there's a pond close by. 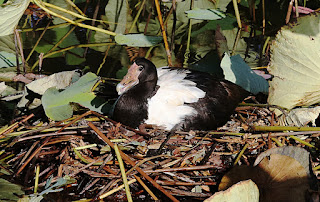 But Mrs Magpie Goose knows where she wants to be. Bang in middle of small lotus pond bang in middle of big park, bang in middle-ish of city. Her only problem appears to be sister/aunt/midwive persisting in sharing nest platform and walking over sitter, until honked out of it.