Night screamers on display by day 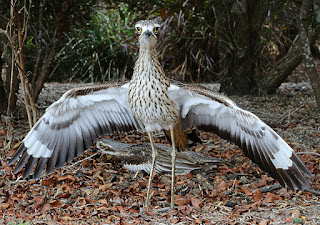 Mad screams at night, hissy fits by day. you could accuse Bush Stone-Curlews (Thick-knees) (Burhinus grallarius) of being drama queens. But there's every excuse for male's threat display and hissing at Tyto this week: female in background is on two eggs. Pair on third clutch - all laid close to cars coming and going in parking zone four metres away - and not deterred by me poking nose in from time to time. 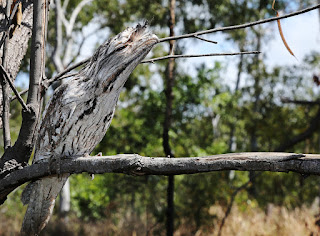 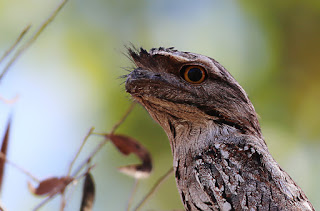 Another noisy night-timer usually with less to say during the day, Tawny Frogmouth (Podargus strigoides), on twiggy tree in area burnt off recently close to Orient Station eastern boundary fence. Bird stuck to branch until I was three metres away. It flew into nearest taller tree, opened eyes wider, and ignored me from then on. Meanwhile and surely coincidentally, probable partner began series of remarkable pig-like grunts from unburnt woodland on other side of the fence. Target for another day.
- August 27, 2015

Osprey's breakfasting turns to alarm as pair of Black Kites swoop in looking to steal the catch at Town Common Conservation Park this mo... 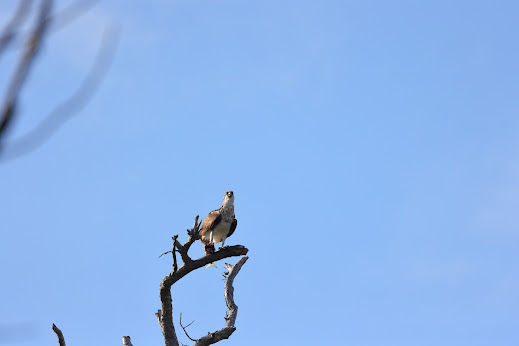