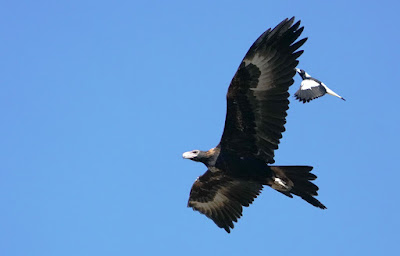 Magpies may attack passersby during the breeding season, but it's always open season on any Wedge-tailed Eagle passing by. So two Wedgies cruising over Woodstock southwest of Townsville this week drew aggressive response, specially when one had temerity to land in tree over a waterhole in middle of Magpie pair's territory. 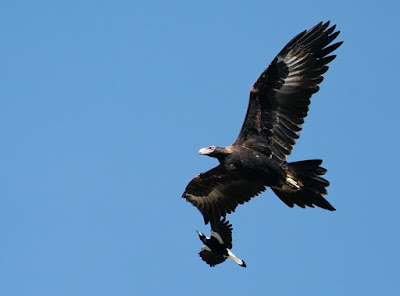 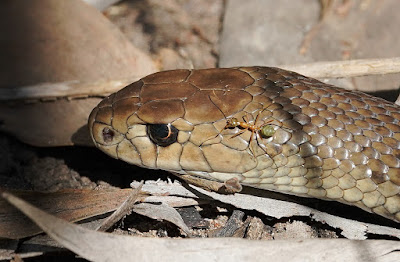 More D&G - on the ground - lately with Green Tree Ant heading for quick march across eye of Brown Snake. Missed the outcome as snake moved off suddenly into cover. 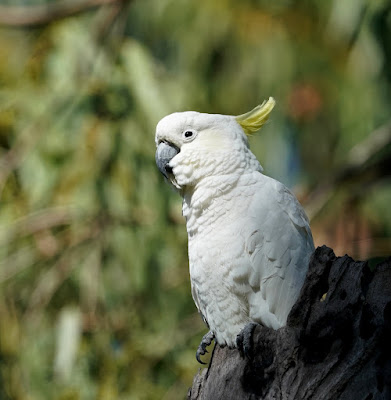 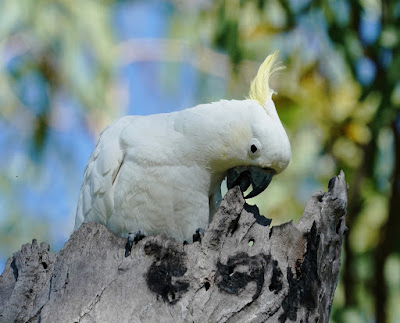 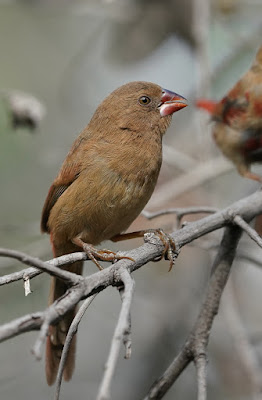 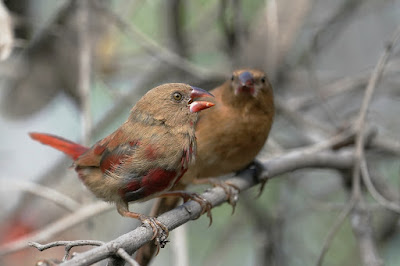 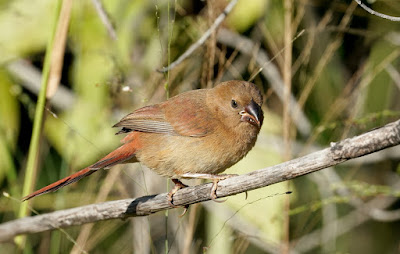 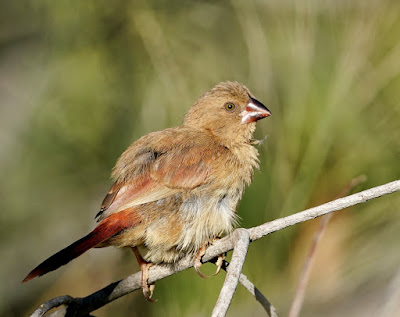 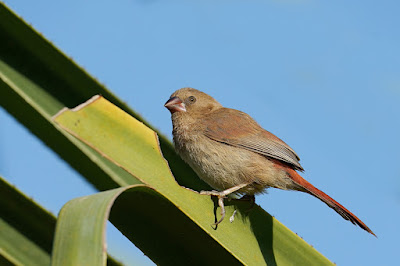 Crimson Finches know how to build all-weather homes in cover. They've constructed and bred well since the Wet season with families showing 7-8 young. 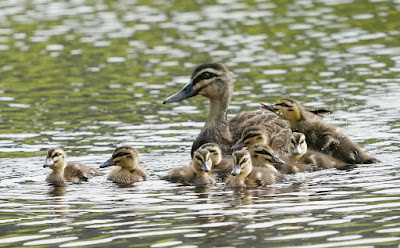 That number topped by Black Duck (gender unknown) that appeared in front of Freshwater hide the other day with 10 ducklings. This after no ducks had been seen for quite some time. 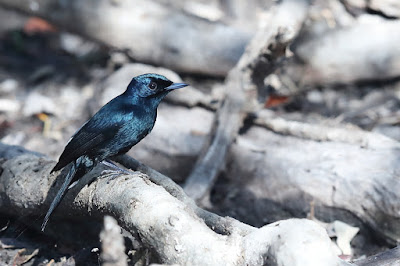