Young Peregrine drops in with peer and grin 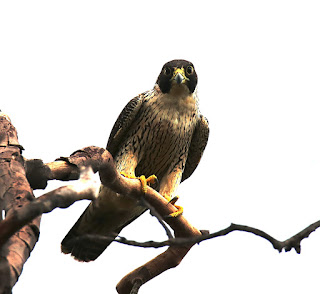 What does a peer and grin (of sorts) add up to? Peregrine Falcon, naturally. This juvenile made an  infrequent species appearance in Townsville Town Common Conservation Park today. 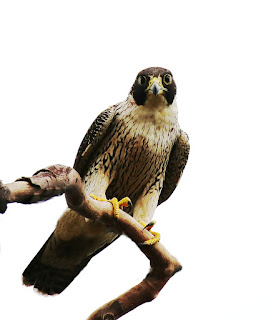 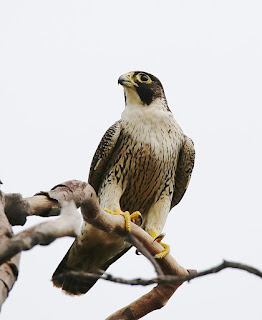 Peregrines breed less than three kilometres away on Castle Hill, a sandstone outlier looming over the inner city, harbour, inner suburbia and the airport. It also looms over many of the city's Rock Pigeons. And Peregrines love fat feral pigeons. 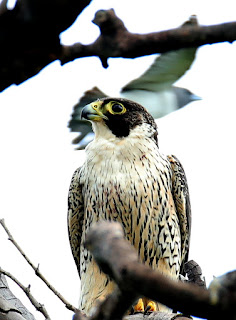 So why waste much time in the Common, harassed by solitary cheeky White-breasted Woodswallow, and looking down on Peaceful Doves or Rainbow Bee-eaters when flocks of chubby pigeons are closer to home? Lesson juvenile yet to learn.
- February 17, 2019 No comments: 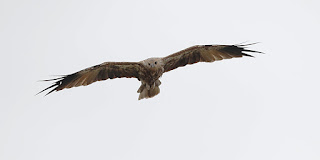 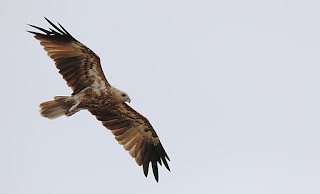 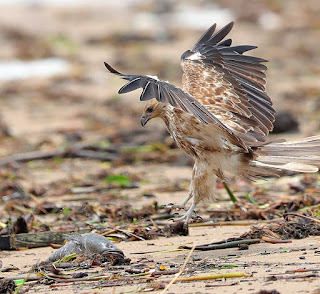 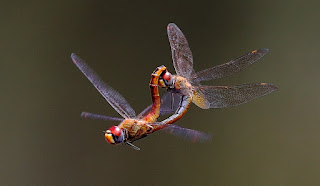 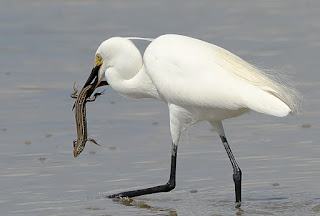 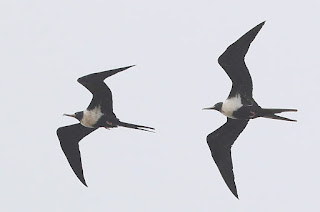 Short break in Townsville's persistent monsoon low downpours (or, lowdown pours) allowed quick outing just up the road this morning to look for Lesser Frigatebirds, making unaccustomed showings along coastlines as they escape harsh weather out on the Grreat Barrier Reef. 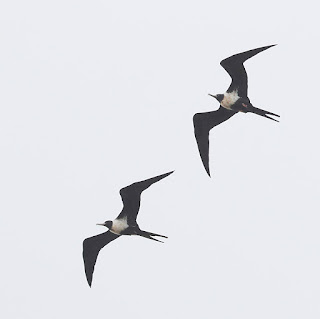 Found 15 floating effortlessly over Pallarenda township and foredune. Only 3-4 males amid the birds, but probably not much to read into the imbalance. Though the males all somehow avoided being photographed. 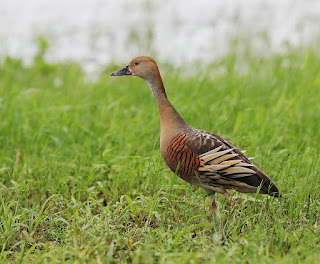 Also a bit uncommon near the road into Pallarenda, Plumed Whistling Duck. 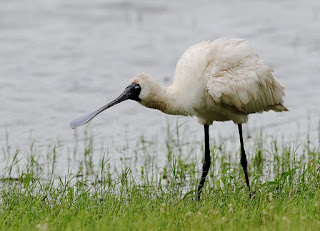 And, close by, solitary Royal Spoonbill.

More rain expected tonight, adding to about 1.2 metres over the past eight days. Feel some guilt out and birding as thousands - mostly on city's south side of Ross River - are evacuated or in danger of being flooded out. But that's the random luck of major weather events. And I drew short straws in Ingham with cyclones and/or floods in '07, '09 and '11.