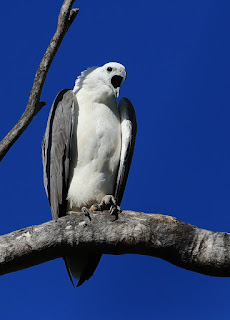 Probably not a smoker, so White-bellied Sea-eagle's hacking cough from dead bough on nest tree in Townsville Common may have come from something bony only a big scavenger would eat. 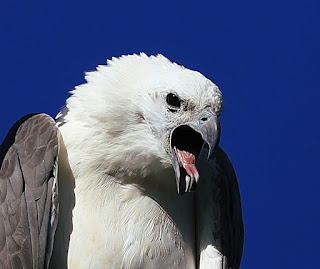 Diet must be healthy enough, given colour of long tongue. 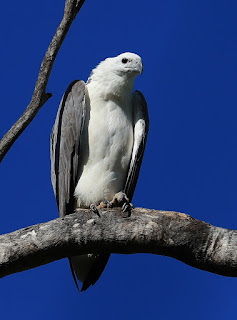 Coughing at an end, almost time to head off and see what's on morning menu. 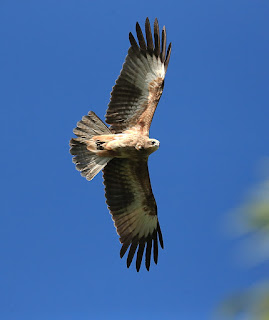 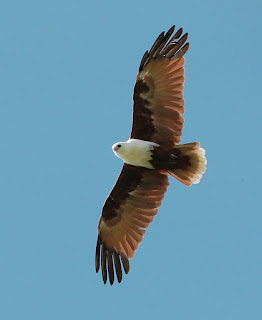 Beware that snake in the grass ... 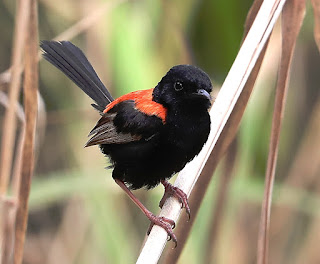 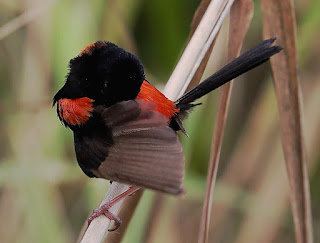 Then. Grass nest robbed overnight. Dastardly snake in the grass. Bury one's head in grief? That's not the way in nature. Just got to get on with grooming and life. 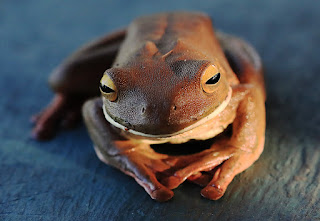 Also getting on, companionable White-lipped Green Treefrog, resident of Payet's Tower viewing platform. Resident indeed for so long it's initiated colour change to better match shaded interior on the upper deck of the tower. 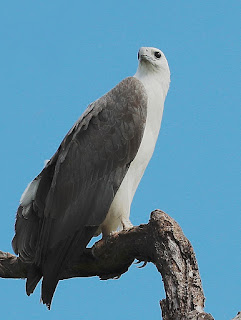 Change also elsewhere in the conservation park. White-bellied Sea-eagle pair had mighty nest in dead tree collapse a few months back. After some delay new building began. Nothing so grandiose as previously, but they're calling it home and may even have laid first egg therein. Time will tell.
- April 17, 2019 No comments:

Flights and frights of kites see off Sea-eagle 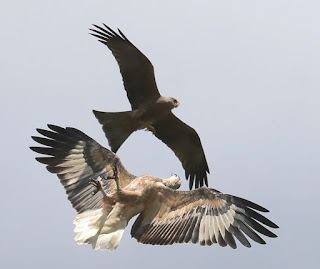 Immature White-bellied Sea-eagle stirred more spirited response than bargained for after swooping mixed mob of egrets and ibises on part-flooded airport grassland in Townsville today. Suddenly found itself under attack from first five Whistling Kites, then pair of Black Kites. 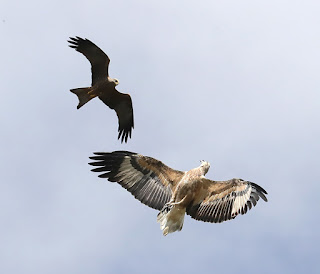 Minutes of defending itself often while flying upsidedown didn't hold much appeal and the much bigger bird sideslipped away to more peaceful air when the kites flew off, mission accomplished. 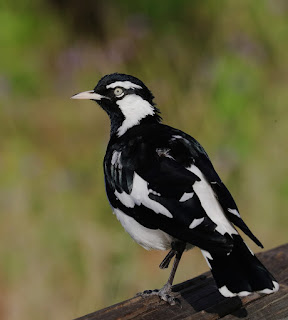 Elsewhere today, male Magpie Lark in Pallarenda Cons. Park hopped up on rail, revealing loss of left foot. Bird appeared to be coping well - as they often seem to under such disadvantage. 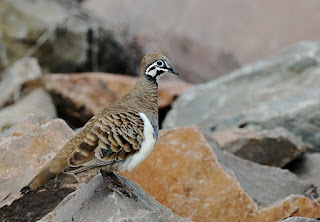 Also disadvantaged, earlier in the week, Squatter Pigeon found itself on Lake Ross dam side wall rocks with nowhere suitable to squat in hiding. After some uncertainty it chose to fly off. 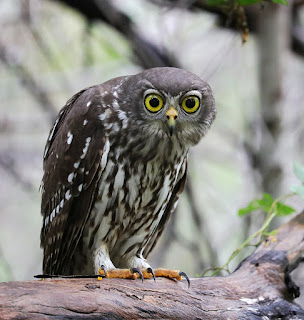 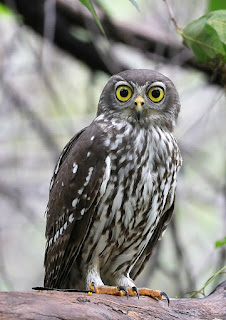 After many a suspicious stare and glare the bird accepted my presence close by - and some minor harassment from smaller birds. It even settled to unconcerned preening as I said my thanks and goodbyes.